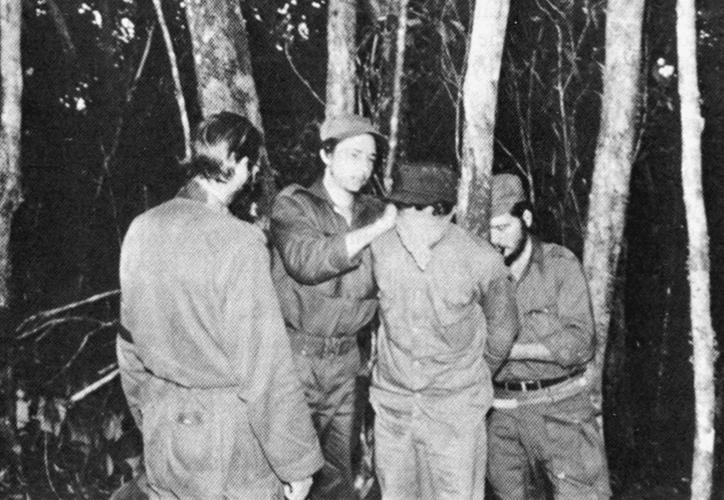 The great specialty of Cuban journalists is to inflate balloons, darken with dust clouds the reality of what happens in the archipelago, and, in passing, to lick the feet of the dictators.

The most outstanding in this work are those who write for the Granma newspaper, who were chosen for it precisely: manipulable beings who practice a profession that they denigrate, disrespect, and who some day will come to form part of the anthology of the unremarkable.

Oscar Sanchez Serra, in the publication last Friday on the 6th of this month, in the official press of the Communist Party, talking about the Universal Declaration of Human Rights, has once again demonstrated, by the cynicism with which he refers to the Magna Carta — our Constitution — calling it “dreams and illusions,” how disgusting it is to him to mention it.

For the Castro government, it has been a stumbling block for the more than half century that they have exercised its flagrant violation, like all dictators, of course. No economic achievement (there are none), nor social, justifies the least deprivation of Universal Rights, whether they comply with them all or violate them.

The hack believes that hiding in the historic calamities that happened in the world might justify those in our own country, and so, in that spectrum of examples that he mentions, like the Second World War until the more recent ones in Iraq and Libya, and world prostitution among other examples, he entertains the readers and makes them forget those that they violate before our eyes and remain silent about, like the beatings and arrests of the Ladies in White and the abuses against the opposition, in spite of recognizing that “Our little country is not paradise.”

The reporter never mentions, I suppose out of respect for ridicule, that Cuba recently became part of the United Nations’ Human Rights Council; he does not even hint at national problems, hiding behind the manipulative machinery that the system exercises in the methods of revealing, in the best style of Nazi propaganda in the time of Hitler, and wears himself out citing what happens in the hemisphere, something like asking why ask for human rights for Cubans if the same thing happens in other parts of the world.  And with cynicism he jokes about the United Nations’ Magna Carta.

Really more than a journalist he lets himself be seen as an agent of State Security in the most humiliating service to the dictatorship.  It was like a prelude to what happens in the days preceding the commemoration of December 10th, International Day of Human Rights.

The arrests of the brave and peaceful Ladies in White once more occur for dozens of days before.  Recently, on her arrival at the airport from Europe, the leader Berta Soler was abused, harassed and abducted to be taken in an official car which left through one of the side doors, and so to avoid her being received by her daughter and her husband Angel Moya (who on parole after being sanctioned in the Black Spring, forming part of those 75 opponents of the totalitarian regime, that remain standing as flags against the regime).

The abuses, outrages and detentions of the Ladies in White, are only the gasoline that fuels their silent protests, while they walk with gladioli in their hands.

How much shame that journalist must feel who endorses the governmental abuses! Because it is not worth mentioning, comparing it with those semi-literate men and women who operate as henchmen, and are the instruments of punishment against the opposition, one supposes that it is not the case, that there exists a difference, at least you would want that; now we speak of supposed journalists, professionals who should love their profession, at least they should above all, and not in exchange for largesse, by miserable others, and accept pandering to a system that grows increasingly impossible to sustain.

Again the Human Rights party in Cuba will be held with the pain of the opponents who expose their bodies to be beaten and confined in punishment cells, and unfortunately, also, to be attacked under the complicit silence of the corroded people, thanks to the terror imposed by the State, of those who live within and outside of the country, almost in their totality, because of institutional fear that assures and occupies itself with punishing all who confront it.

Those within fear losing their work, their children’s education; those outside fear reprisals against family members that they left behind, and then that they would be refused the opportunity to come visit them.

While that silence happens, women and men, legitimate children of this people, weary of famine, face each other in their streets demanding democracy.  The Ladies in White endure the beatings and vexations.

The space Estado de Sats will try to fulfill the program in a plural meeting in Havana in order to discuss the destiny of the future Cuba where all Cubans participate.

The members of the UNPACU will end up confined, some with open cases and sent to prison, others returning home with fractures.

That is the daily reality of the opposition on the island.  Except that, in that same instant that the beatings and arrests occur, others see a film, open a beer, and watch their children eat ice cream, satisfied, they think that now they achieved their rights and now done their duty by Jose Marti!