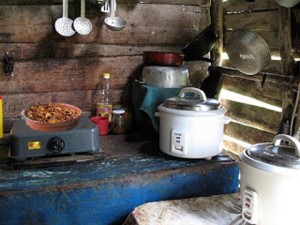 HAVANA, Cuba, August, www.cubanet.org — Perhaps at the moment the reader reads this, it will have been twenty years since the beginning of the Special Period, the major event to befall Cuban history in the last century.

It began in August of 1993 when the former secretary of the Council of Ministers, Carlos Lage, announced that the Cuban economy had hit rock bottom and with it all of our precepts and attitudes. Store shelves began to empty. The value of the Cuban peso relative to the dollar turned once again into a joke, becoming both a dream and a nightmare simultaneously.

Having dollars was treated like a contagion. All individually held dollars were decommissioned. Some people received long prison sentences for their possession. Though it was decriminalized in 1994 as a result of popular pressure stemming from the “Maleconazo,” or the Malecon uprising, paradoxically some of those sentenced remained in prison because they committed crimes endemic to prisons during their incarceration.

In those days George Washington’s green face journeyed hand to hand with extreme urgency, with stealth, with fear, hidden in socks or shoes, behind toilets tanks or imprisoned inside underwear. You had to find a foreigner willing to buy the prohibited goods for you in hard-currency stores.

To use a colloquial term, we could say that many Cubans became rats. They ate garbage, rummaged through trash cans, scarfed down pizzas topped with melted condoms instead of cheese and ate “steaks” breaded with towel mops, according to urban legends of the times. The level of predation reached extremes. Dogs, cats, buzzards, wild cuckoos, moray eels. Even the lionfish, a strange species from the Indian Ocean that dared to go near the edge of a country engaged in a pitched battle for survival. It was made extinct.

Homelessness multiplied, along with madness and suicides. The disease of alcoholism began to grow and take root in society as a means of escape from paths with no exits. The high cost of living forced fathers, who could not buy good rum to help them forget their problems, to drink alcohol from the pharmacy. There appeared a clandestine manufacturing system to produce bootleg atrocities with names such as train spark, gualfarina and calambuco. These frustrated drunkards — those with neither strength nor character nor incentives to educate their children — neglected them. They in turn lost any hope for a future at an early age and followed their fathers down the road of alcoholism, sealing their fates.

Some called them the Ground Soy Generation. They caused statistics for swindling and petty theft to shoot up astronomically. Shady dealings and illicit sales increased. The state imposed two currencies: a weak one it used to pay salaries and a demeaning one it used to sell things. Suddenly everything on the black market had a very high price. A used fish tank went for eighty pesos and a pound of rice for fifty-five. Inflation.

In the countryside a pile of clothes would be traded for a mutton, a pair of boots for a hog. Many individuals travelled in caravans through the fields of Pinar del Río like zombies, trading soap and detergent for rice and vegetables. Barter.

Before the farmer’s market opened in Marianao in 1994, you had to get in line the night before to buy meat when someone in the neighborhood slaughtered a pig.

To board a city bus, actual storylines from tragic films were re-enacted. Cooking oil intended for the production of breads and sweets ended up for sale on the black market. The same thing happened with salt, sugar and anything else that could generate money. The most sought-after jobs were those where one could steal or load up on food. Jineterismo* revolutionized the conception of the family. Travelling overseas became one of life’s necessities.

Getting a job in a workplace related to tourism suddenly had a price. A gas station attendant: three-hundred dollars. A salesclerk in a hard-currency store: two-hundred. A cook: one hundred. The different ways for dealing with the crisis — between those who had access to dollars, now called CUCs, and those who had to be inventive to get them — created a divide in the Cuban identity.

In 1997 former secretary Lage said in a public appearance that the Cuban economy had finally hit bottom and was starting to improve. Later Machado Ventura and Marino Murillo repeated this many times, but in reality people still waited for a miraculous upswing. Today half of working-age men — those being called upon to bring about the recovery — “work” while seated on stools in the doorways of their houses selling sweet snacks made by self-employed workers using materials stolen from the state or brought in from overseas by smugglers.

We deserve a medal for pawning ourselves in order to survive those ridiculous twenty years.

Frank Correa, born in Guantánamo in 1963, is a storyteller, poet and independent journalist. In 1991 he won the Regino E. Boti, Ernest Hemingway and Tomás Savigñón prizes for his short stories. He has published a book of stories called La Elección. beilycorrea@yahoo.es

*Translator’s note: Sometimes translated as “hustling,” it is a category of illegal or quasi-legal economic activities related to tourism in Cuba that often involves prostitution.