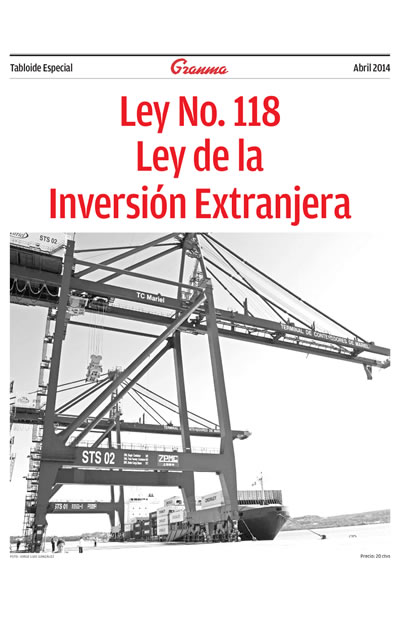 A gentleman with a beard and a shabby shirt reads the newspaper in a Reina street doorway. “These people are re-inventing the wheel…” I can hear him say. The daily he has in his hands has a tabloid insert with the new Foreign Investment Law, recently voted on in the National Assembly. Unanimously approved, the controversial legislation comes at a time when the Cuban economy is in desperate need of foreign capital.

The rush to get investment has not caused, however, greater flexibility in areas such as contracting for personnel. The recently approved law will maintain the state’s monopoly as the employing company. Only through this entity will a foreign business be able to contract for its workers. People trusted by the government will continue to rise to the top of the list it’s time to get hired.

Thus, Raul Castro’s government guarantees that the workforce of foreign investors will be people the government trusts. If we understand that economic autonomy is an indispensable requisite to achieving political autonomy, we know very well that the General President is going to assure that the best salaries are going to go to the pockets of the proven faithful. In this way he maintains the ability to buy loyalty with privileges, which has characterized the Cuban model.

However, ideological fidelity and working ability don’t always go hand-in-hand. New businesses with foreign capital will see their performance hampered–among other reasons–by not having access to the best available human capital. On this point it’s clear that the Foreign Investment Law can’t jump beyond its own shadow. It continues to be marked by the fear that individuals can make themselves independent–both with regards to wages and politics–from the state.