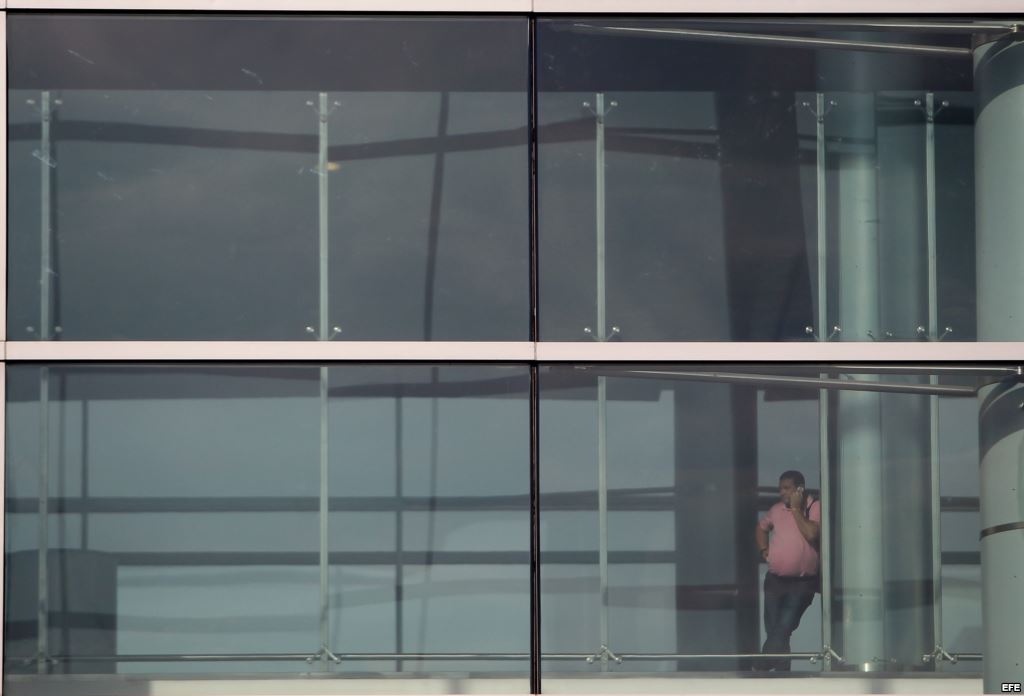 Today, although motivated by shaking the walls with the scoop in the competitive world of information, knowing that six Cuban citizens are bogged down in Bogota facing the possibility of being returned to Cuba moves me.

Angel Barrios Cabrera (33), Eudardo Roldán López (39), Greysi Padrón Basulto (27), Yoanker Paradela (30), Brian Betancourt (41)  and Nayip Mayo Horta (31), without pursuing the fate of Icarus, in order to escape from the island and from Minos, decided to jump and fly on a sea of uncertainty to Ecuador, a county that even with all documentation in order, did not permit them to enter.

It is true that at any border, immigration officials have the last word to permit us access or not to the territory on arrival; but it is noteworthy that this pattern of behavior with regards to the return of Cubans is becoming habitual.

So habitual that it now raises suspicion and even smells of the existence of a prosperous but incipient business destined to finance the updating of the new Cuban economic model.  I cannot guarantee it; but the lack of evidence and the obvious increase of the flow of returned Cubans is food for thought, and a lot.

Rejected in Quito, and taking advantage of the return trip to Havana, they decided to stay in Colombia and after days stranded in the El Dorado international airport, this Saturday, January 11, Bogota extends them a safe conduct permit to enter the country for 10 days, valid starting this Monday, so that they can go out, move through the city and reside temporarily in one of the refugee centers of the ACNUR, an agency of the UN.

Here it should be noted that when I spoke to one of them, whose name I do not say because as my grandfather used to say, “A deal is a deal, and respecting it is gentlemanly,” he told me that a good Samaritan Cuban had gotten them toiletries, clothes and food. Bogota is a very cold city inhabited by warm and supportive people.

He also told me that this immigration waiver will allow them this week to prepare and present the refugee claim before the Colombian Chancellery, and in this way get an extension of the document that will permit them to stay in that country for a period of two or three months.

I believe it’s quite clear that the fact that the Colombian authorities have granted this kind of safeguard is only a step which, of course, is thoroughly appreciated, but it does not mean that they have granted them refugee status.

In my personal opinion, it is a simple political measure by Bogota, with the clear intention of not affecting relations between the governments of Colombia and Cuba, besides not obstructing the peace process that curiously and opportunely just resumed in Havana after a recess taken by the negotiating parties and the good reason of the December holidays.

On ending my long and often interrupted telephone conversation with one of the six Cubans, he asked him to please call his mother in Cuba, and so I did.  After conveying the good news and all the rest, I was surprised by the reply of a woman who with incredible strength answered, “You tell him. . . that I will miss him like crazy; but not to give up and to fight, only in this way are dreams achieved.”