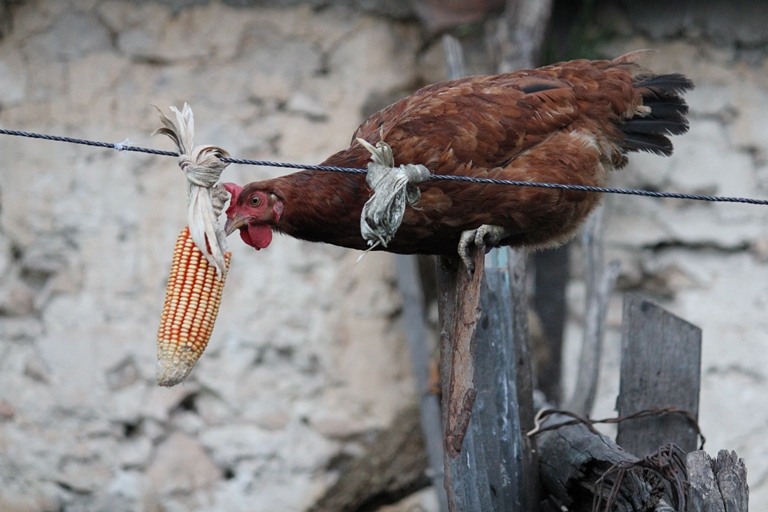 It’s not enough dealing with the high cost of finding products to make lunch for a family of four people. In Cuba, we have to add up the amount needed, the share of sacrifice go find all the products for decent nutrition. If it costs 15 CUC* we’re talking about a disproportionate figure of 375 Cuban pesos*, an amount that far exceeds the minimum wage, fixed at 225 Cuban pesos (or “national money”).

But many Cubans eat lunch every day without including a main dish of the two meets that they most crave, which are pork and chicken. The delicacies of the Cuban table are reserved for the weekend, when family gets together, and they don’t have to work or return to boarding schools.

A pound of rice is 5 Cuban pesos, one of beans (black or red) are 12, and quart of oil is 60 Cuban pesos, or 2.50 CUC. If we include a salad which the majority of times costs more than 10 pesos a pound for  products like tomatoes and avocados. Meat is a side.

For a very scant ration that any woman who has the task of preparing the meals for her home, spices are a vital piece. Right now, a pot’s worth of “full flavor” — a mixture of cumin, garlic and onion — has come to cost 1.50 CUC each.

Currently, a quart and a half of soda costs 25 Cuban pesos or 1.50 CUC, not counting dessert, which many consider a luxury for any Cuban who survives on his salary.

Yuliet Rodríguez Báez, a housewife from Pinar del Rio who also cares for her sick mother, believes that lunch is an odyssey that can’t always be managed gracefully.

Yuliet said that, “A pound of melon is about 12 Cuban pesos, and a pumpkin is about the same. If I manage to buy pork, it could cost me 30 or 40 pesos a pound, which could be 4 steaks.”

Looking for what you need

Maikel Martínez Cruz, an independent photographer who makes a living capturing the happy moments of the locals in Holguin province, thinks it’s madness what lunch costs for four people.

In addition to these high prices, consumers have to add “trying to find it,” says Maikal, who concludes, “this can cost you four hours of running around because if you find a place with meats, they have no rice, and so you have to keep going.”

However, most Cubans live their lives eating lunch in the time allowed to them at work, and arrange to have a small snack they bring from home or they see what they can find on the recently opened stands.

A lunch with two-peso croquettes and a soft drink for the same amount; a 5 peso pizza with a natural fruit smoothie are generally the choices of those who have a half hour off from the workplaces or universities where they work.

Although still illegal, services that deliver what is known as a “complete” with a base of rice, beans, mincemeat or root vegetables (or salad), is an option for those spending 10 Cuban pesos in the provinces, but in the capital it can be about 2 CUC a serving.

*Translator’s note: Cuba has two currencies, convertible pesos (CUC) and Cuban pesos (also known as “national money”). Many products are only available in CUCs, but wages are paid in Cuban pesos. The exchange rate is roughly 24 Cuban pesos to 1 CUC, and a CUC is roughly $1 US (it varies and exchange fees can add to the cost). Salaries in Cuba tend to top out around $20 (480 Cuban pesos) a month (even for doctors), though “benefits” can add to that; with the minimum wage set at 225 Cuban pesos (less than $10).