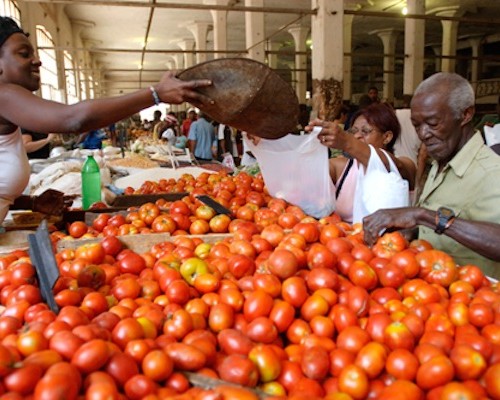 HAVANA, Cuba – The Cuatro Caminos (Four Roads) Market, one of the most important of Havana, and pioneer of the system of supply and demand for agricultural products, will close its doors on 2 February. They already met with the employees and told them the site will undergo “repairs” and that they will be relocated to other farmers markets.

Consumers will see one of the few markets displaying a “true range” of products disappear. And, with one less market, the possibility of a decline in the prices paid by the population for fruits, meats, vegetables and meat products becomes more remote. 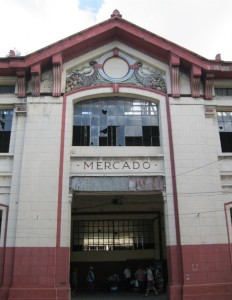 The official press insists that the problems of Cuban agriculture are transportation and marketing. They repeat that products do not reach the bodegas because there are so many intermediaries between the producer and the consumer. They believe that the reasons that sweet potatoes, yucca and malanga do not reach Cubans’ tables are paperwork, truckers, and vendors.

Certainly the most inefficient of these intermediaries is the state-owned Supply Company, a bureaucratic monster that has never had enough means of transport nor containers to collect the crops, nor has it correctly set prices for purchasing from farmers, but the Supply Company doesn’t deserves all the blame.

Recent measures to simplify the links between farmers and consumers have revealed that if the peasant cooperatives themselves carried their goods to the sellers themselves, it would neither widen the assortment of products, nor lower prices.

Under Decree 318 — in force since last December in Havana, Artemisa and Mayabeque provinces — 433 large and small markets were leased by Credit and Service Cooperatives (CCS) and Agricultural Production (CPA). As part of the lease,  the cooperatives themselves transport the products to the small markets, and they themselves set the prices for sales to the population.

A recent article in the Granma newspaper (Friday, 17 January) revealed the dissatisfaction of consumers with high commodity prices and shortages at many small markets due to the inability of cooperatives to supply them .

To understand the situation of other ways of managing farmers markets, we headed to El Arroya, a small market located near Jesus del Monte avenue in the municipality of Central Havana.

This market is managed as a non-agricultural cooperative. Its employees must buy the products they sell, they assume the site’s administrative costs, and ultimately profits divided among all. But it happens that the main suppliers of this market are several CPAs and CCSs. And according to some of its employees-partners, the supply of these cooperatives is unstable, and the production quality is not always the best.

The other option available to them to stock their stands is to go to the wholesale markets like El Trigo (The Cornfield). But right now, there is no means of transport for it. The day of our visit, all we found at El Arroyo was a few withered pineapples and bananas barely glanced at by the few people who passed by.

From market to museum

Returning to the legendary Cuatro Caminos Market, one of the few where an ordinary Havanan could — very happily — find fresh malanga to make fritters, and even soursop to make smoothies… It is rumored that the Office of the City Historian, led by Eusebio Leal, has been interested in this site that covers an entire block.

It’s said that the Historian is thinking of constructing a complex of buildings there that, besides another farmers market, will include a museum. For now, consumers will say goodbye to their malanga fritters and, with one less market, the possibility of lowered prices for fruits, roots, vegetables and meat products is even more remote.

For lower prices its necessary to increase competition among the various actors of this network: farmers, truckers, traders. And with the closure of the Cuatro Caminos Market, the most important farmers market in Havana, there won’t be much to hope for.