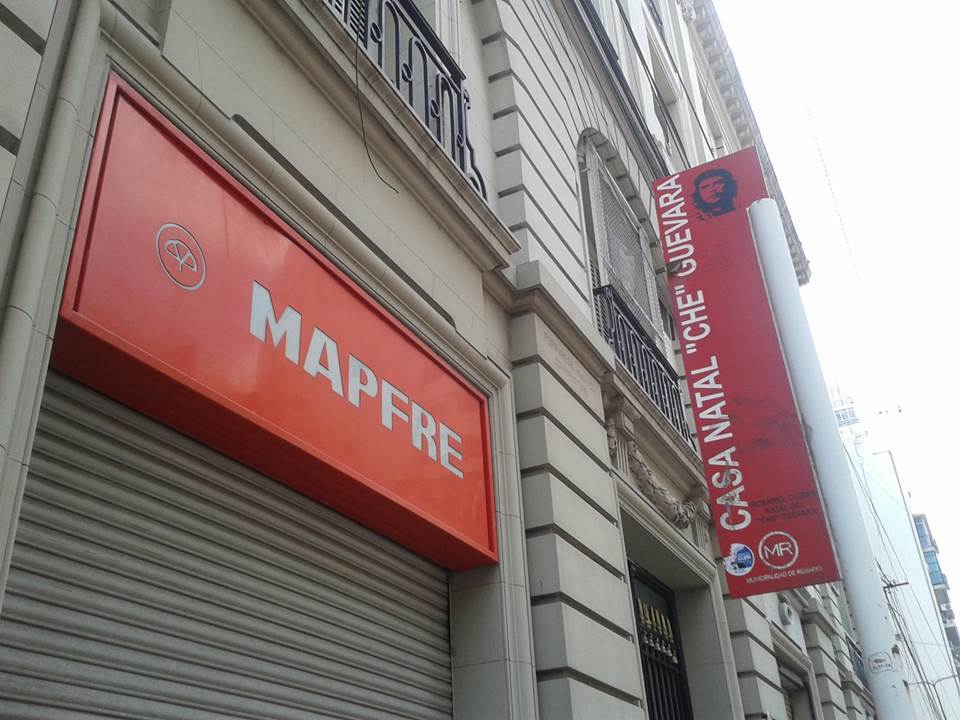 Mario Lleonart, 19 December 2015 – Although I arrived in Argentina under the assumption that the common notion of Ché Guevara would be the romantic, absurd idea of the mythical nonexistent hero, and not the executioner and murderer that Cuba got to know in La Cabaña, I can’t deny that I was surprised to discover that I was wrong. And I discovered this in nowhere else but Rosario, his city of birth.

My first surprise was finding out that in the house where he was born, an insurance company now resides — and not just any insurance company. It’s MAPFRE, a Spanish multinational that works in the insurance and reinsurance sector, has a presence in 49 countries, and whose stocks are listed on the stock exchanges of Madrid and Barcelona.

The only homage to Ché’s birth is found on the sidewalk, because the property is now completely dominated by capitalism. I understood that even in Santa Clara, Cuba, the Argentinian guerrilla fighter had become a piece of sales merchandise for tourists, but what I hadn’t imagined was that even here in his own birthplace, the system that he fought so hard against was the dominant one.

But my biggest surprise was that, during the days I spent in Rosario, just blocks from there, in a park where he is honored, someone had tossed paint on an image of him, and below that an immense piece of anarchist graffiti declared: “Ché is dead”. And no one seemed to care.