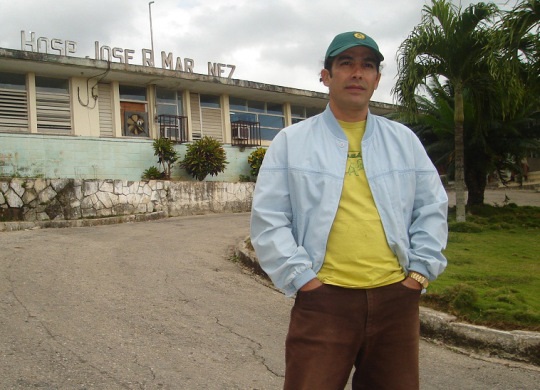 In September of 2006 Dr. Jeovany Jiménez, exercising his revolutionary optimism, wrote a letter to the minister of Public Health to protest a ridiculous salary increase that didn’t correspond to the needs nor the expectations of the sector. The response was to disbar him from practicing medicine. Jeovany created a blog, and went to the extreme of a hunger strike. Incredibly, his right to practice medicine was returned to him.

I’m not sure if I should congratulate Jeovany, who is lovingly called “the Chinaman” by his friends. It’s true that in the entire labor history of Cuba, never before has there been such a high salary increase as will be received by public health workers as of this May. It’s clear that on this occasion it’s not about a ridiculous salary increase, because the increases in many cases double the original salary, but it’s also true that in the best of cases the increase received will be enough to buy six pounds of pork and a case of beer. Whether this is a luxury remains to be determined, starting from the esteem those professionals are held in, and what we think they truly deserve.

Over five years, Jeovany Jiménez sent a total of 20 letters, never responded to, to the Minister of Public Health and managed to collect 300 signatures in support of his request. Now they will tell him “that wasn’t the time” and that now all that remains is to show appreciation.