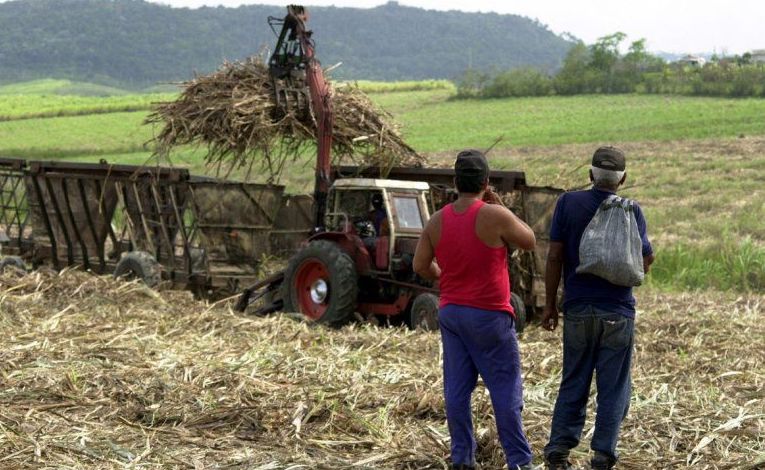 Dimas Castellano, 21 May 2021 — Not because it was expected does it cease to be a surprise. The collapse of sugar production in the recently concluded harvest, in addition to being the biggest disaster suffered by that industry in the history of Cuba, constitutes definitive proof of the incapacity of the totalitarian model implemented after 1959.

It is not a drop caused by temporary factors — US embargo, fuel, breakages, soil moisture or Covid-19 — but a sustained decline for decades, whose first signal was emitted by the monumental voluntarist campaign to produce ten million tons in 1970. The pompous slogan of “Not a pound less” ended with a million and a half tons less, and with the economy and society dislocated. And, despite the fact that the goals were reduced year after year, what was planned was never fulfilled. In 2001, the volume of sugar produced declined to 3.5 million tons, an amount that Cuba had already reached in 1918.

The government’s response, steeped in military culture, was to appoint a major general in 2001 to head the sector, who launched an operation known as “New sugar architecture”, made up of two fronts: “Restructuring of the sugar industry ” and “Tarea Álvaro Reynoso”, whose goal was to produce six million tons of sugar, a figure that had been reached in the 1950s.

Once the initiative was launched, and using the argument that prices had fallen the international market, and making use of that other enemy of the economy that is voluntarism, the Government decided to close 71 of the 156 existing sugar mills and redistribute the 60% of sugarcane land for other crops. Which further upset the depressed economy.

The 2003 harvest produced 2.1 million tons, which made the government face the dilemma of importing sugar for domestic consumption or failing to comply with foreign commitments. The 2005 harvest fell to 1.3 million tons: the lowest in the last hundred years.

The results demonstrated the difference between directing the military, where the individual interest does not count, and economic work, in which individual interest is a determining factor; confirmed by the pronouncement of José Martí, addressed to General Máximo Gómez: “A people is not established, General, like a military camp is run.”

In 2008, in the face of the crisis — labeled by the president of the State Council as a matter of maximum national security — a solution was once again sought where it was not to be found. The Municipal Delegations of Agriculture were created to control closer to the productive base, ignoring that the controls from the “dad” State to the “child” producers in the midst of the imbalance between salary and cost of living generates corruption. Agronomists, livestock keepers, and veterinarians were turned into comprehensive specialists, equipped with transportation and fuel to control reports and supervise producers. The result: the 2010 harvest fell to 1.1 million tons; less than the 1.23 million produced in 1905 during the government of Tomás Estrada Palma.

The search for a solution anywhere but within the inefficient state ownership and centralized planning led to the Guidelines for the Economic and Social Policy of the Party and the Revolution, approved at the VI Congress of the Cuban Communist Party (PCC) in 2011, which reaffirmed that line. To stop the decline and increase the derivatives of sugar cane, the Ministry of Sugar was replaced by the AZCUBA group; it announced that the 2013-2014 harvest targeted 1.8 million tons, and would be the best in the last decade. For greater guarantee, the then Second Secretary of the PCC, José Ramón Machado Ventura, toured a many of the sugar mills appealing to conscience. And yet, the best harvest of the last decade failed to meet its goal.

Just two months after the start of the current harvest (2020-2021), the official news that the amount of sugar provided by the government in the regulated family basket corresponding to the months of January and February was assured indicated that something was very wrong. It was the signal that once again the plan would not be met. It wasn’t a surprise since of the 44-45 mills that ground in the prior harvest, only 38 did so in the current year, and of those 14 delayed the start of the season.

Since AZCUBA was created ten years ago, it has not yet fulfilled a single one of its plans, and last year was so disastrous that for the first time the amount of sugar produced by the country was not disclosed.

The conversion of the largest sugar complex in the world into one of the least efficient producers is the most irrefutable proof of the incapacity of the model, implemented in Cuba after 1959. Despite this, last April the VIII Congress of the PCC determined that the state enterprise and the socialist planning system would continue to be the main form for the direction of the national economy.

The sugar industry, a symbol of the history and culture of the Cuban nation since the 19th century, ceased to be so. A symbol that wisdom condensed into a phrase that defines our identity: “Without sugar there is no country.” And then what, if we are running out of sugar?