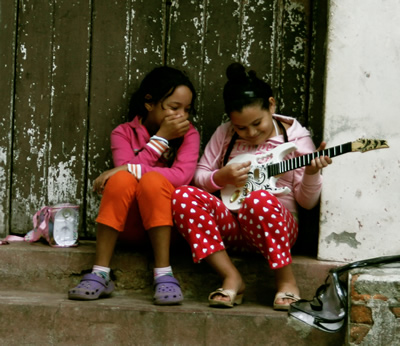 On the couch there’s a stuffed dog missing an eye and losing an ear. Thirty years ago he was the plaything of a little girl who now has two children. Neither of them is old enough to have experienced the ration market when it offered manufactured products. So when their mother explains that the dog was a “basic category” toy, they look at her as if she’s speaking Chinese.

For them, everything is different. Since they were small they’ve known that toys are only sold in hard currency. Sometimes when they go to the big market in Carlos III Street, they press their noses to the glass in front of a pink pony and a plastic house with a fireplace.

The two distinct generations are united by a similar unease. In her thirties she experienced the era of Soviet subsides and regulated distribution of everything… or almost everything. Her children, for their part, have lived in times of a dual currency system and scarcities. For her, Three Kings Day isn’t celebrated on 6 January, rather it was officially moved to July and given another name, but her children have seen the frantic rebirth of many traditions.

In the eighties the grandmother of that little girl with the stuffed dog whispered to her the story of Balthasar, Melchior and Gaspar. Once she grew up she taught her own offspring — openly — the ritual of the letter with requests and the water ready for the thirsty camels.

Today that girl of days past greets the dawn outside a toy store very different from those of her childhood. No employee will demand a ration book with coupons to tear out and checkboxes where the number assigned to each product is entered

Now there are convertible pesos — that hard currency she doesn’t receive her salary in — the only money that will give her children access to the dolls, the toy cars, or simply to some marbles.

She manages to buy a plastic flute and the tiniest stuffed dog. He has big floppy ears and blue eyes.