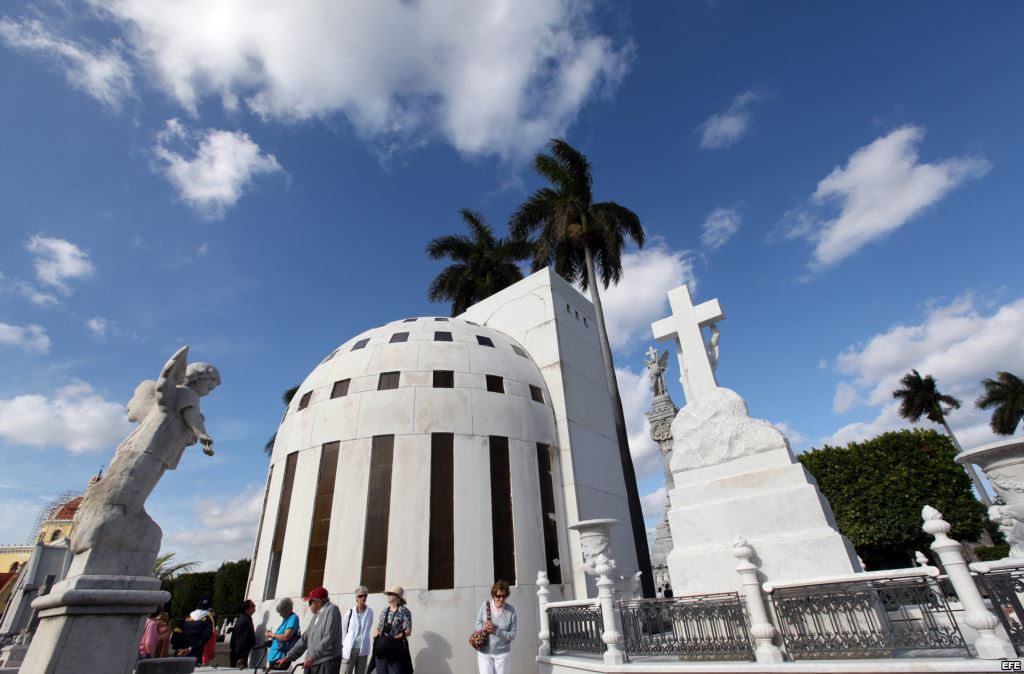 Since 1948, when the UN decided to adopt the Universal Declaration of Human Rights, many organizations and activists of the world have hoisted that dignified flag confronting the daily violations of liberty, justice and peace that many people suffer for the simple fact of their human condition.

Unfortunately, in several corners of this jungle that we call Earth, human rights entered a dark period due to the infinite apathy of many of its residents.  Barbarity is like our daily bread, and that makes it more or less normal.

In my country, for example, the topic is always a subject of controversy and debate; but today, I will not make reference to the rights of the living; I will speak of those who no longer exist, of our forebears, who are not the monkey, the Ardipithecus or the Australopithcus; but my mother and your grandfather.

Skulls, teeth, tibias, ribs, femurs, mandibles, vertebrae, pelvises; it is all found at the cemetery gate.  The desecration of graves has gone from being a horrible act of vandalism to an almost daily event.

But, “why is the toti always saddled with the blame for everything*”; uninformed metaphorics and made up know-it-alls, instead of finding out at the time of judging, they launch the accusing roar towards the many practitioners of Afro-Cuban religions who make up our folklore and form part of our cultural heritage.

In Santeria and witchcraft there are very but very isolated rites that require a human skeleton; there also exist artisans who buy bones in order to construct objects with them that they sell for the price of gold; but the absolutely responsible party for this atrocity against our dear ones is, as always, the State.

Ad nauseum the thought is drilled into us that since 1959, the development of medicine has been the principal priority of the revolutionary government, and in fact, Cuba boasts the highest physician-inhabitant ratio in the world.  Thousands of doctors are graduated each year on the island, and I tell you, each of these students, without regard to race, color, sex, language or religion (come on, like human rights), receives a bag with a skull and parts of human skeletal remains that if insufficient to study anatomy, then they get a card that they present at Cuban cemeteries in order to exhume from among the graves without owners the remains of those who in life were relatives of the unnamed, emigrated and exiled dead.

In order to have a slight idea of the desecrated graves, we would have to compare the number of bags delivered with the gross rate of Cuban mortality which, according to the reference published by the UN and sent by Havana, was 7.6 in 2012.  The same year in which — according to the extensive editorial by the website Cubadebate — the largest of the Antilles Islands trained more than 11,000 new doctors, 5,315 Cubans and 5,694 from 59 countries.  Scary.  I do not favor statistics when I write, nevertheless the exception deserves it.

Just a day like today, April 7, but in 1985, one of the most renowned Cuban visual artists, Rene Portocarrero, died.  His remains . . . I do not want to even think where they might be.

*Translator’s note: In “good Cuban” the expression is: “porqué la culpa de todo, siempre la carga el totí.”  It means several things: that someone small always ends up being accused of what others did, or that the blame always falls on the same notorious people regardless or whether or not they were actually involved, and also, that black people always get blamed for things. The totí (a.k.a. Cuban Blackbird) is a small black bird from the Cuban countryside that is notorious for eating crops and other human foods.