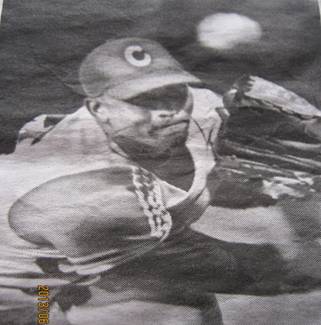 The 52nd National Baseball Championships ended with the triumph of the Villa Clara team, and after a few days passed, some considerations came to mind: most along political lines and a few with regards to baseball.

I do not understand the presence of the flag of the 26th of July Movement next to the Cuban flag in the Sandino stadium. When the so-called Integrated Revolutionary Organizations (26th of July Movement, 13th of March Revolutionary Directorate, and People’s Socialist Party) were merged into the United Party of Socialist Revolution, which later came to be called the Communist Party of Cuba, it was agreed to deactivate these organizations and their symbols, using them only on important occasions related to them (the 26th of July flag on the anniversary of the assault on the Moncada Barracks, the Directorate’s flag on that of the Assault of the Presidential Palace, etc.), and to adopt, then, the flag created for the Party.

This has been complied with by the other organizations, but not by the 26th of July Movement which uses its flag indiscriminately on any occasion, without anyone protesting or any protest against this violation of the agreement.

The Cuban flag should fly alone, sovereign and independent, unescorted by any other, except in specific activities, where it flies with those of other countries. It is the only one that truly represents all Cubans. The remaining represent only a part.

Why in the stadiums and other sports facilities are vivid images of political leaders present, when this was banned on the triumph of the revolution so as not to fall into the cult of personality? Would it not be better and more pleasing to the eye, to have images corresponding to outstanding athletes in their respective sports? I have never seen in any foreign sports facility (except in the countries of the extinct socialist camp and in some current stragglers) party flags and pictures of political leaders.

Why did a baseball series have to be politicized to the point of absurdity, establishing in the closing ceremony (no one knew until then) a dedication to the so-called Five Heroes, with the presentation of the champion trophy presentation  made by one of them along with their family members, with a bland political intervention? Do there not exist in Cuba important and respected sports heroes to do it? Baseball is the national sport and its fans have different political views, it is not lawful to restrict it to one of them.

Now, something about sports. Why not allow each team, respecting generally established rules, to design their own uniform, avoiding the current impersonal eyesores mass-produced with a single design? I’m sure we would gain in aesthetics, the players would feel better, and it would be clearer to the spectators.

I think the best reward for the players, who really deserve it, ignoring the speeches of the occasion and the obligatory expressions of gratitude, both false and irrelevant, would be to improve their economic conditions and allow them to rise in their careers without any ceiling and, please, maintain decent conditions on the playing fields, to where playing is a pleasure and not a risk.