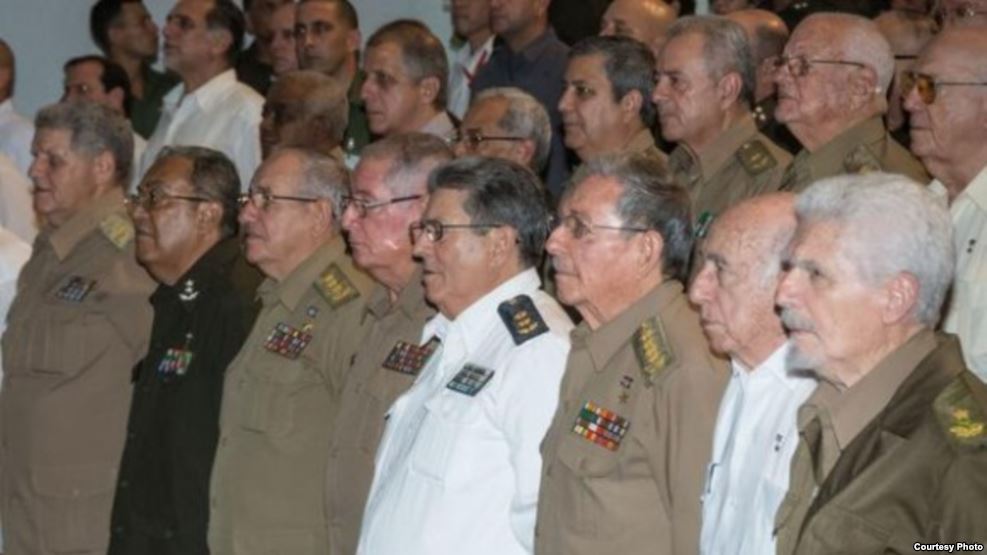 Juan Juan Almeida, 9 June 2016 — Why is the minister of the interior not participating in the event commemorating the creation of the ministry he heads?

On Monday June 6 the Cuban military’s top celebrity hosted the main event marking the anniversary of the Ministry of the Interior (MININT) at the Universal Hall of the Revolutionary Armed Forces (FAR).

Army General Raúl Castro, first secretary of the Central Committee of the Cuban Communist Party and president of both the Council of Ministers and the Council of State, presided over a celebration of almost epic proportions, which led many of us in the television viewing audience to wonder why the minister of the interior was not participating in an event commemorating the creation of the ministry he heads. 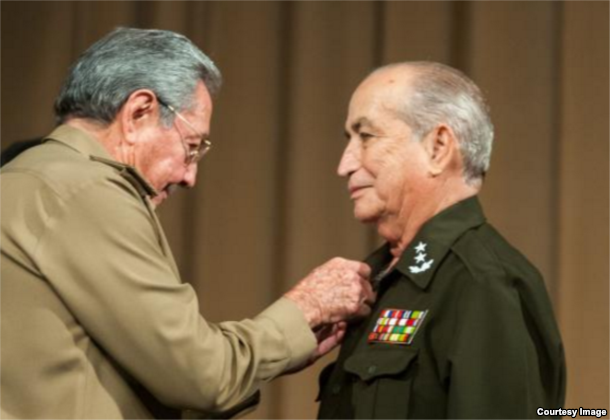 It is an obvious question given that Julio César Gandarilla, vice-admiral and first deputy minister of the Interior Ministry, and José Ramón Machado Ventura, second secretary of the Central Committee and vice-president of the Council of State and Council of Ministers, ascended the dais to congratulate the “pussycats” by paying homage to Raúl on the occasion of his recent birthday on June 3 and regaling Fidel for his drawn-out and tiresome ninetieth birthday, coming up in August.

Attending the celebration were members of the government and Central Committee politburo as well as suckups, yes-men, bosses, students, workers, Interior Ministry retirees and even a representative from the FAR.

But it is odd how everyone in the official photo — like loyal friends of Ali Baba — all wanted to leave evidence of their presence. In the front row were Ramiro Valdés (revolutionary commander and former interior minister), José Ramón Machado Ventura, Raúl Castro, Leopoldo Cintra Frías and Julio Cesar Gandarilla. Also visible were Alvaro Lopez Miera (first deputy minister of the FAR), Ramón Espinosa Martín (deputy minister of the FAR), Romárico Sotomayor (general division), and José Carrillo Gómez (president of the National Association of Combatants of the Cuban Revolution and former head of the Political Directorate of the Revolutionary Armed Forces).

A similar but somewhat livelier event took place in the diplomatic reception hall in the Plaza of the Revolution in Bayamo, Granma province. It was presided over by the revolutionary commander Guillermo Garcia who, I can virtually assure you, later left to organize a enormous shindig at the “house of Maria Antonia.” 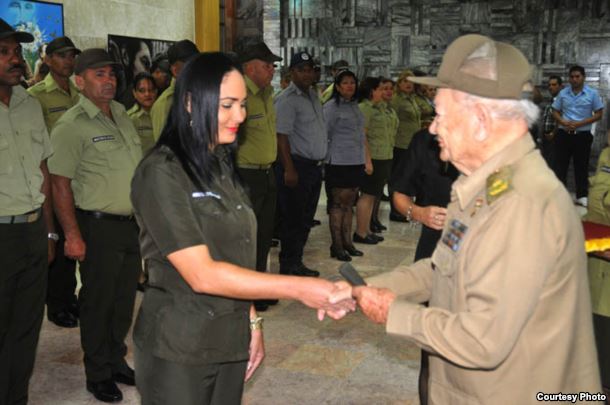 It is logical to think that, if all the bigwigs were getting together, some designated minder would see to it General Gondín made it to work. But it is also possible that the wily general is taking some time off, either because he is being punished or because he is ill.

In either case, at some point in time they will trot him out, even if he is being held prisoner. This is standard practice. It is what they did with my father after he had been out of sight for too long and people were starting to wonder. Like taking the bedsheets outside to air out for awhile, even though it means violating every hospital’s rules.