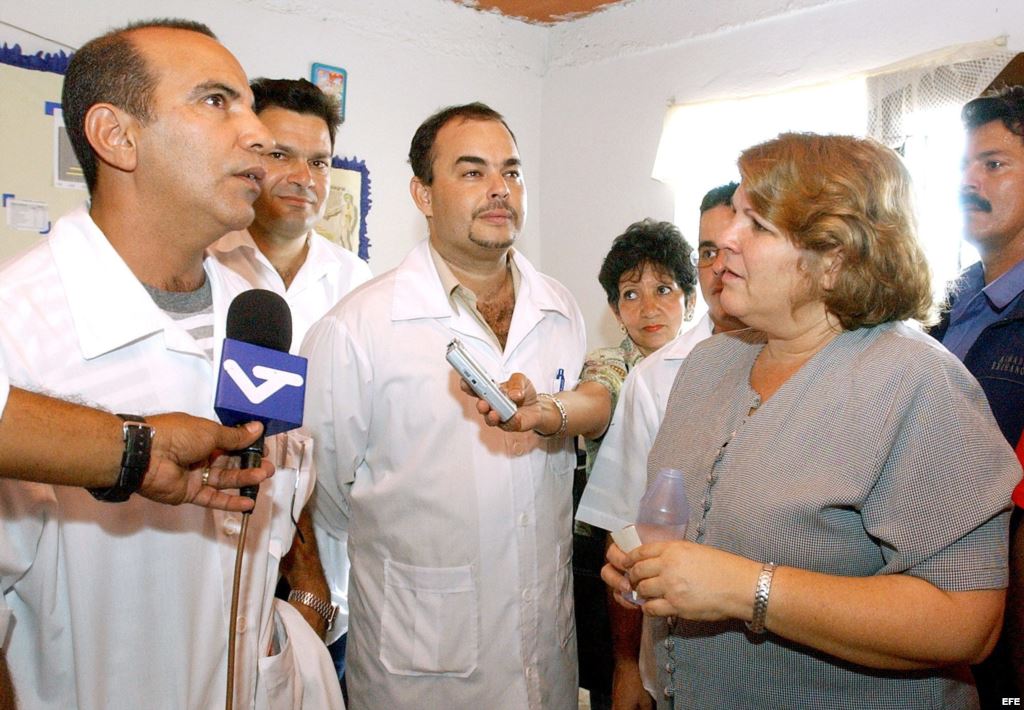 The Cuban government, as a tactic, is entrenched in silence, compartmentalization and secrets. This is the reason why, even today, in the age of the internet and despite several defections, it is not common to find real news that described the medical mission in Venezuela from inside.

The subject is “top secret.” The island’s government prefers to hide problems, instead of preventing them with information. Any data that concerns the medical collaboration is considered “classified” and, consequently, remains guarded by the Cuban and Venezuelan special services.

So, weeks ago on the publication of an article titled, “Cuban mission in Venezuela in danger,” the bloodhounds got all upset and lost their cool, and with the momentum of hunters set off in chaotic pursuit. But, on not finding those guilty of “leaking information,” they decided to grab the most likely bidder as a scapegoat so as not to face the resounding echo of their own incompetence.

Arrested and sent to Havana, an innocent aid worker traveled handcuffed and guarded, carrying as baggage as a sheet of paper where he is accused of being a spy; without trial but with judgment. Such slander is the work of an inquisitorial tribunal chaired by Roberto Gonzalez, national chief of the Cuban Medical Mission in that country.

Somewhere I read that to see an injustice and to remain silent is like committing it. So it is my duty to clarify that the information published did not come from any foot soldier, but an upper crust official who, with his high sense of greed, tried to live in a world beyond the sky.

I do not think any cooperator would risk breaking the barrier of imposed compartmentalization without some guaranteed escape. Something that I believe justifies the innocence of the arrested. Those below don’t possess the information, nor have the desire; it’s enough to have to the responsibility to save lives and to be sheltered in a country where few people want us; because despite our good, bad or ulterior motives, much of the Venezuelan population, sees us as mere invaders.

But back to the subject at hand, and with more information than I had last week; on Monday,June 30, in Anzoategui, Aragua, Bolivar, Carabobo, Lara, Miranda, Sucre and Zulia 330 Cuban collaborators were reported with acute respiratory infections; 37 of them in the last week. In Nueva Esparta, Trujillo, Monagas, Yaracuy, Sucre, Miranda, Lara and Barinas, there is an increase of collaborators with dengue fever (nine, to be exact).

I am not given to putting figures in writing, but sometimes, like this is necessary. I must also add that in the Amazon, Trujillo, Nueva Esparta, Apure, Guarico, Anzoategui, Lara, Falcón, Barinas, Delta Amacuro and Zulia, 98 Cubans were diagnosed with ADD (acute diarrheal diseases).

The Cuban medical mission in Venezuela has serious problems; besides manifest rejection and disease, the exodus of physicians is increasing.

I was told that the opening of offices in areas of extreme poverty is stagnant due to the lack of cooperation of community leaders, and Venezuelan students are reluctant to participate as extras in this circus. And to make it more surreal, there is a lack of medications, even basic ones. They say there is a delay in delivery. I will also speak about this.