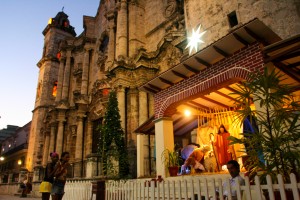 HAVANA, Cuba, December 24, www.cubanet.org – After all Christmas festivities, including Christmas Eve, New Year’s and Three Kings Day were, with the greatest silliness, ended by decree, the image of workers in the tourist industry decked out as Santa Claus, sweating away in hats, beards and boots (with no air conditioning to save electricity at their workplace), could not be more ridiculous.

To make this domestic comedy even more extreme, they strut around in their exotic hats bought with their own money, hoping to present an image of well-being that is belied by the poorly stocked shelves, and above all by a family atmosphere fragmented by the machinery of a revolutionary horde that never believed in God. 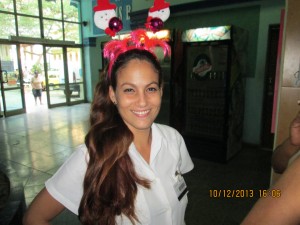 The elderly Otilia, who according to her own words is poorer than a rat, lived decently before 1959, with decency and the ability to enjoy real Christmas celebration in Cuba, gives short shrift to the unusual scene where there are little trees, Santa Clauses playing the saxophone, or garlands whose bulbs flash on and off depressingly, trying to look happy.

“That’s over Sir, or rather the Communists exterminated it when they took over the country. You can’t resuscitate the dead, and they buried Christmas in the cane fields*, the coffee harvest, the agricultural and political mobilizations, and a fanfare of slogans, tasks, confrontations and victories that ripped it out by the roots.”

“In addition,” she said, “they replaced the traditional Christmas carols by Pello el Afrocán; midnight mass for a witches’ coven; the turkey and roast pork by a beans and rice sandwich; the wine by Bocoy rum; and the birth of the baby Jesus by the images of a disheveled troop of bearded ones passing by on television that day.” 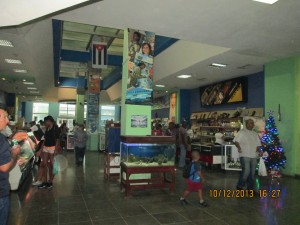 “How can you talk about Christmas when people have barely anything to eat, dreams of abandoning the country, live off those who no longer live here, and don’t believe even in pretending to be what they are not? What celebrations can there be with the low salaries, disunity and violence, and yet they pay for those for the anniversary of the Revolution that provoked all this evil?”

A worker at the Carlos III department store says she only remembers Christmas festivities in which it was forbidden to light the tree in their house and instead of a celebration the New Year brought another anniversary of the triumph of the Revolution. If they violated these precepts her father could have lost his job.

Young workers at Harris Brothers, La Dominica, El Rapido at 15th and L, la Fuente and other establishments where workers do not walk on snow or slide on sleds because the budget does not allow it, say they don’t know anything about it and do it all by imitation, or because the union demands they pretend. What a way to celebrate Christmas. 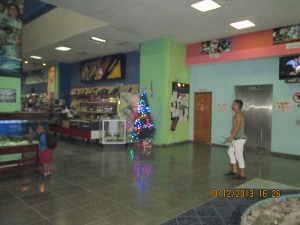 Party and pachanga, demands the Revolution, and the more it seems that the traditions are cultivated in capitalism the better. Here we’ll go with many guidelines and supposed reforms to perfect the country’s socialism. The issue is staying in power.

No one is surprised, then, if during the days of Christmas Eve and Christmas the soldiers substitute crucifixes for weapons, and those who still pretend to be communists exchange the Che beret for a Santa Claus hat. As the poet said: Let the rumbón continue!

*Translator’s note: The initial excuse for “postponing Christmas” was that it interfered with the sugar cane harvest.