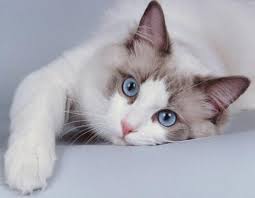 In order to understand how the author of the article arrived at such a brilliant conclusion — going forward I will refer to him by his initials, AV — it is necessary to undertake a scholarly effort not as entertaining as the song I remember, that is, we have to read and analyze the article so we can understand how AV’s stretched his imagination so he can have an ending like that of the cat and the horns.

AV recounts the events, following with the logic that Cubans must take as the only and unquestionable truth. He doesn’t need to offer any proof, the official lies are enough. No trial is necessary, the “confession” of guilt and the official testimony are more than enough. It doesn’t matter if they do it in a more crudely and in an increasingly worse way.

As stated, the four captured terrorists came “with a dangerous plan that had been brewing for over a year” and “slipped into the country” with the intention to attack military installations”. They intended to “provoke violent actions and sow chaos” to create “social unrest”.

It would seem that the offenders’ entry must have been illegal, given that no one can “slip in” by way of an airport gate, with all the controls at customs, borders and all the other security measures that exist. It is also unclear what danger could result from a terrorist plot against military installations, since in Cuba, according to the General-President himself, we enjoy military invulnerability. In any case, it would be a suicide attack, right? Finally, it is not clear how four wretched terrorists could possibly be able to provoke violent actions, chaos or subversion against millions of “revolutionary” Cubans. Undoubtedly, this time the creators of the myth have gone a bit far.

Following AV’s saga, the four bad guys were caught under the coaching of three other terrorists, also Miami residents with a long pedigree of actions against Cuba, who are — in turn — friends of the worst one of them, Posada Carriles (one of the subjects who has offered the most in practice towards the ideology and strategies of the power of the Castros for decades).

From that point, AV starts a long narration of Posada Carriles’ long terrorist sheet and all his avatars between 1973 and the present, and he also takes a tour of Magriñá’s actions. They — we are told– were the ones who “encouraged and financed” these four dunces who were just captured here.

And how does all this relate to Zunzuneo and Piramideo? Because, as AV states, “It’s too coincidental that the idea of perpetrating terrorist attacks that result in violent actions are precisely the plans that have been orchestrated in other regions of the world”. As if Cuba had the same geo-political, economic or strategic importance as that of Syria, the Ukraine and Venezuela.

AV also notes that, “It is very curious that these terrorist plans have been organized when there already existed, along the same lines, other secret plans which have already been uncovered, such as USAID and various U.S. agencies, to use modern technologies like the internet, e-mail, and cellular phone text messages, which would be used to organize supposed support networks to be mobilized in case of social upheaval.” The “empire” is an essential ingredient in the Castro’s sour soup.

AV concludes that the actions that the detainees planned against Cuban military facilities “are very similar” to the objectives pursued by the Zunzuneo and Piramideo networks, thus creating “a false statement of opinion about the Cuban reality”. With this, AV considered as “proven” the “progression of the plans orchestrated against Cuba”. In both cases, ultimately aimed at justifying “foreign military action” in our country (??!!). Pure terrorism.

And for this complicated concoction to be complete, AV’s exorcism could not lack the mention of the “violent opposition” in Venezuela, like Leopoldo López and María Corina Machado, as well as “the irrelevant mercenaries advocating panic and death in Cuba”. Mission accomplished, AV. You took pains, and you sure earned a week’s bonus at the People’s Camping.

In conclusion, the matter does not have, not even close, the joke of the cat I mentioned at the beginning of this posting. It really isn’t funny at all. It is clear that the government, through its mouthpieces, has started a phase to “soften” public opinion, which usually precedes raids against dissident sectors and general worsening of the repression within the Island.

Because, as conspiracy theories go, we have to remember that the Castro regime and its sympathizers work the same as old marriages, and after such a prolonged coexistence many things are predictable. So it is a suspicious coincidence that, with such a difficult stretch that the Cuban economy is undergoing, with the growing social discontent and disillusionment, with the increasing exodus, deteriorating social services, lack of liquidity, the regime’s desperate need for foreign exchange and other clouds that darken the environment, a new “saving enemy aggression” has appeared on the Castro’s political horizon, useful to justify nationalist entrenchments and repression.

Neither does the worsening of mobile services seem to be a coincidence, despite the excuses offered by the (military) state enterprise in charge of those markets, or the fact that this pidgin article gets published in the official press just after the recent announcement made by blogger Yoani Sánchez of the impending debut of her digital newspaper. It must be uncomfortable for the olive green hosts that a new means of digital independent media is surfacing on the Island, just as more Cubans are getting access to mobile phone service with text messages and e-mail. It is a good idea to keep alert; the Castro-dogs must already be plotting what would be the most expeditious way to silence the criticizing voices within Cuba.

In any case, there are too many theories and guesses about the advocates of this old, outdated system, but nothing is going to save a system that has proved its inefficiency. Imaginary or real terrorists might not be the ones that will spoil the Castros’ rule, and their loyal servants will be surprised in the new Cuba, which we will have one day, who will truly be their masters.