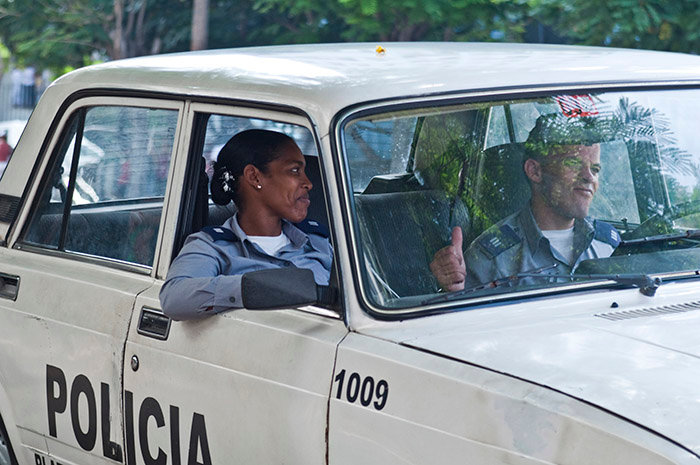 Somos+, Eliecer Avila, 12 January 2017 — Two days ago, our eastern coordinator in Las Tunas, Wiliam Espinosa, spent 24 hours in jail when he tried to leave to attend our meeting in Havana.

Last night there was a great witch hunt and persecution all over the Havana neighborhood of Vededo to prevent us from attending a meeting of Otro18. They even forced a private restaurant to close.

Today dawns with the news that they have seized the home of Karina Galvez, Dagoberto Valdes’s right-hand person on the Convivencia (Coexistence) team. She was arrested and no one is allowed to see her.

Right now, the official who calls himself “Leandro,” along with a police car, has closed my block at the corner. It is very likely there will be arrests.

I just talked to professor Wilfredo Vallin who has been blocked from leaving home and they told him he could not come to my house. Because I am a “danger” to State Security. My God…

They seized and are still holding Alexey Gamez’s laptop, cellphone and hard drives, as a sequel to the latest offensive against our academy, where we seek to educate citizens.

And added to this is that El Sexto (the graffiti artist Danilo Maldonado) has been under arrest since November, without trial, and we have a panorama of extreme despair on the part of a system that cannot find any way to emerge from its crisis and clings tooth and nail to violence as the only path to salvation.

What disaster it going to happen at the highest levels of the government, where they do not want anyone at the base to be able to move?