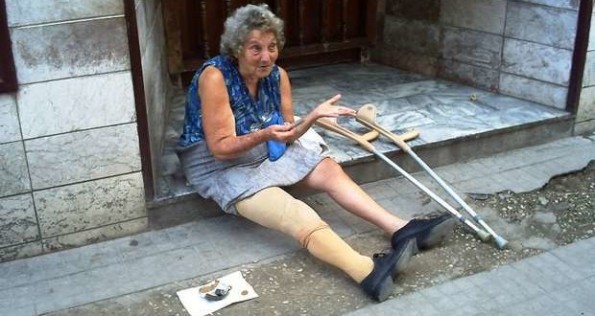 After the jubilation over the arrival in Cuba of the three spies imprisoned in the US comes to an end, when the campaign of tributes in the official media is over and the lights installed on the stands for government agents to hear the people’s applause are turned off, the government of Raúl Castro will have to draw up plans for the future.

An unknown future. The US trade and financial embargo has yet to face a real legislative battle in Congress. But, on President Obama’s orders, the Cuban state is now able to buy US goods from overseas-based companies and make telecommunication deals to allow ordinary Cubans to connect to the Internet at a reasonable cost.

One way or another, the regime’s state-owned companies, when they had money available, always bought merchandise in the US. If you look around the hard currency shops, you will see domestic appliances made in the USA, Californian apples and Coca Cola soft drinks.

Also, thousands of Dell or HP computers so that Cuban schools may renew their equipment and access the Internet. Except for universities, the remainder of Cuban public schools on the island lack Internet connection.

The government can already buy, by applying for a licence, tons of drugs to fight childhood cancer, which government propaganda told us were unavailable because of the strict embargo.

As well as tiles, sanitary fittings, quality building materials, so people can renovate their dilapidated houses.

The list of what the government can do to improve Cubans’ quality of life is a long one. Curiously, the state press hasn’t printed a single line about the road map set out by Obama for helping Cubans.

Nothing but intolerance and a do-nothing attitude towards dissidents was to be expected. Let us accept that beatings, mistreatment and verbal assaults on the peaceful opposition will continue.

But let us hope that, beginning in January 2015, the regime will devise a strategy to allow Cubans to live under a “prosperous and sustainable Socialism.”

That will involve building no fewer than 100,000 homes a year. Repairing destroyed hospitals and medical centres. Increasing the production of beans, foodstuffs and fruits, among other things.

Finally, and best of all, the promised glass of milk for everybody will land on our tables and Cubans will be able to have a proper breakfast. My mouth is watering thinking of being able to buy beef, shrimp and fish at reasonable prices.

The government can already start repairing the old aqueduct which, according to official information, fails to deliver 60% of its drinking water to its users.

And one would be able to go to a “Gringo” bank to apply for a loan to build housing in the more than 50 insalubrious neighborhoods existing in Havana.

I hope that Castro II will not place restrictions on the self-employed to be able to directly arrange for a credit line with US financial institutions.

And, in passing, expand the Foreign Investment Act, by authorizing Cubans on the Island to invest in small or medium-sized businesses.

After making peace with the enemy, the costly procedures for Cubans living overseas should be revoked when they visit their homeland.

Fortunately, on the opposite side of the pavement the “evil Americans” are no longer lying in wait, threatening the little Caribbean island merely for having chosen a different political model.

Something else to think about is that exile Cubans should have the right to dual citizenship, should be able to vote in local elections from their countries, and be able to run for the boring and tedious national Parliament.

The bottom line is that, except for “mercenaries” like Carlos Alberto Montaner, Raúl Rivero or Zoé Valdés, the great majority of emigrants are crying out for an end to the embargo and peaceful relations between both nations, according to the official media.

Then, the argument of being an embattled country will become old news. Now the US are a brotherly country. A neighbor that, since the XIX century, shared with our freedom fighters their right to independence from Spain, as a Cuban female journalist movingly mentioned on Cuban TV.

By domino effect the price of powder milk will go down, as well as the tax on the dollar, a tax levied by Fidel Castro in 2005.

I shall awake any morning in 2015 with the news that the hard-currency shops would have stopped implementing the abnormal tax of up to 400% on items.

It can be expected that the government will review prices à la Qatar for the sale of cars. And now that we will be able to hook up with any underwater US cable bordering our shores Internet will be the cheapest in the world.

Since self-employed workers are not criminals or counterrevolutionaries, it would be desirable for the magnanimous regime to listen to them and implement a reduction of the absurd taxes levied.

This time, for sure, the sought after wholesale market for private business owners will be opened. And, probably, hastily but surely, there will be a review to increase all salaries of workers and employees, that 90-odd-per-cent which voted in favor of the perpetuity of Castro-style Socialism.

As Castro II is convinced that the revolution can be stretched out for an additional 570 years with such citizens as Cubans, a substantial increase of the retirement benefits for our long-suffering senior citizens, the greatest losers of the timid reforms undertaken, must be in the offing.

The new rules of the game are a test for Raúl Castro and his government. It will now remain to be seen whether the embargo or the system is to blame for the disappearance of beef and seafood from the national diet.

Let us grant the autocracy in olive-green fatigues 100 days to implement improvements in the Cubans’ quality of life. The clock is already ticking.