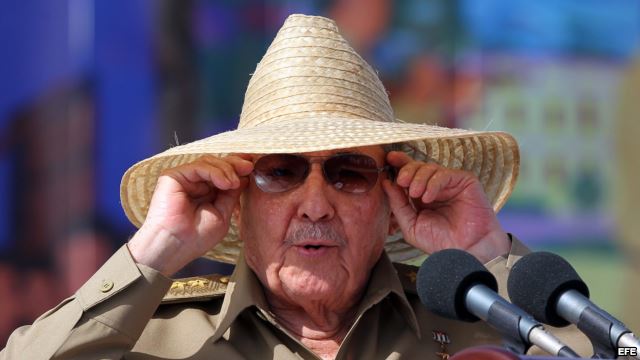 Although article 2.1 of the current Republic of Cuba Penal Code says, “Only acts expressly described as crimes in the law may be sanctioned…” doctrine inoculated for more than five decades managed to change in us the concept of Fatherland, Nation, State, Country and Revolution; this served as support for decreeing that whoever exercises the right to publicly criticize the ineffectiveness of the government will become, by conceptual association, an anti-patriotic activist who must be repressed.

Then, on establishing the word “Socialism” in the words of our Constitution, any different ideology or inclination was isolated to a dangerous anti-constitutional margin.

Cause and effect.  Today in Cuba, political prisoners are held incommunicado and sometimes, what’s more, deprived of the right to legal redress.  Such is the case with a young black Cuban, Juliet Michelena Diaz, who is in prison just for performing the innocuous work of independent citizen journalist, which permits us to observe reality and disturbs the clouded transparency of a governmental press; which although it may become strong with effort, will continue for some time to be rigid, controlled and censored.

The First Secretary of the Communist Party of Cuba lied supremely when at the closing of the 8th UNEAC (Cuban Artists and Writers Union) Meeting he said unabashedly and brazenly, “I am the absolute enemy of unanimity.”  Please, try that one on someone else.

Mister President forgets that his word may be command in the National Assembly, because it’s a political institution, but it should not be in trials or in courts. Nevertheless, based on honorable functions of watching over and protecting the citizenry, and sheltered behind the impudent excuse of maintaining the security of the people and public order, the Cuban authorities commit illegalities that allow them to prosecute, even using false accusations, not only people whom they wish to punish but also their relatives and friends.

Cuban shysters know well, they studied for this reason, that the guilt of a prisoner is personal and non-transferable and that under no circumstances should he be found guilty because of association, family relationship or heritage.  Even when dealing with an invented guilt as in the particular case of Lady in White Sonia Garro and her husband Ramon Alejandro Munoz, who have spent more than two years locked in prison with no one caring, and nothing happens.

Apparently, the General, like his brother Fidel, wears dark glasses in order to  protect himself from the sun and to keep blacks invisible.

I must clarify that with this writing I am not trying to be a judge or to promote a timely or opportunistic political crusade; I only want to make clear that while we move further from the majesty of the law, we will be permitting another “Don Juan de los Palotes” to keep distancing us from the road to democracy, respect and the real possibility of exercising of our full rights.

I apologize, I did not mention “Liberty” because even that is relative; and besides I am convinced that liberty will lose its value when it loses its obstacles.