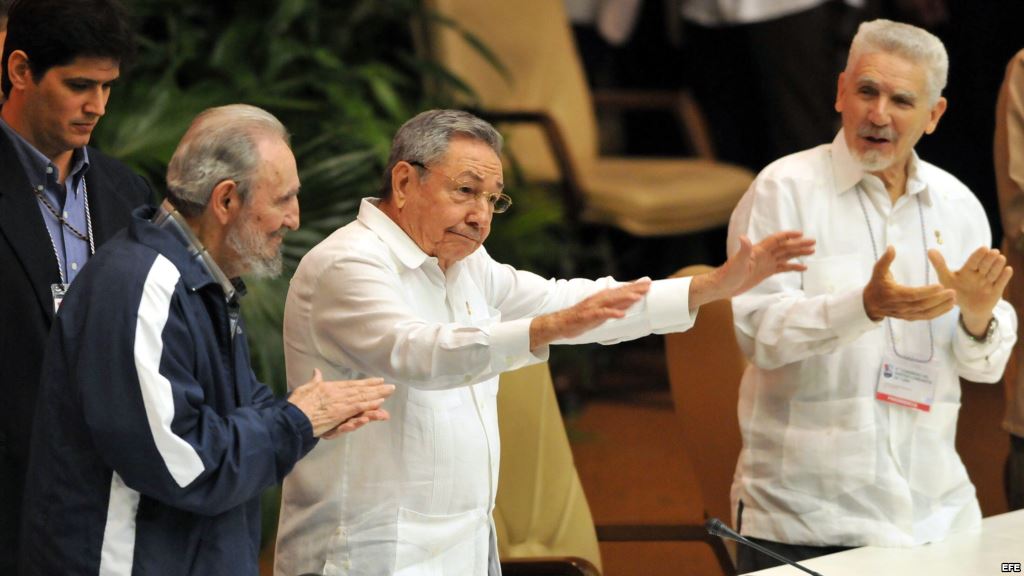 Juan Juan Almeida, 24 March 2016 — It is a few days before the start of the Cuban Communist Party Congress and Raul Castro is counting down the months until his retirement. He has everything more or less figured out. Almost. If you consider everything the president of both the Council of State and the Council of Ministers has said and done in the last two years, it quickly becomes apparent that it is all part of a plan in which he has weighed the possible consequences of an exponential loss of power. He knows that even if he wields power from the sidelines, as I anticipate will happen, there will be a handful of decisions about which he will not be consulted and, as happened to Fidel, he will find himself out of power.

Raul Castro’s plan is to retire while simultaneously reducing the very real possibility that a Baltasar Garzon will come along one day to stand in judgement over his many crimes. He is in jeopardy in Cuba; outside Cuba the risk is greater.

The only person with whom he can cooperate to guarantee some sort of immunity is His Holiness the Pope.

Unlike in journalism, what is important in politics is what you don’t see.

Let’s take a look at recent events. In the past year the president of France, the prime minister of Italy, the president of Austria and now Barack Obama have passed through Havana. In the midst of all the comings and goings of important and elegant visitors, the Paris Club wrote off part of Cuba’s external debt.

It would be logical to think that all this is the result of some great negotiation, especially since we know that the Paris Club does not give away four billion dollars without some kind of agreement.

Tourism in Cuba has grown by more than 20%. Havana is filled with visitors while both profits and remittances are increasing. Clearly, there is a lot of money coming into the country yet the streets are disgusting, street lamps are non-existent, stores go unstocked and people are broken.

Where is all this money going?

A good part is being siphoned off to create a large fund to support the royal family and its retinue of bodyguards in retirement.

The well-publicized battle against corruption allows the general to consolidate the funds into a single treasure chest while at the same time eliminating a certain number of “corrupt” individuals whom he could not trust.

Based on information they had, these individuals accused officials of dishonesty. They had either followed the trail of misappropriated funds or knew where they were ultimately being directed. Rather than being corrupt officials, they became the incarcerated elite.

Such was the case of Thomas Lorenzo, former director of credit card sales at BICSA, a man whose crime was never larceny. His transgression lay in the way he handled information, which is perhaps why he ended up dying in prison.

Another portion of the money is being used to pay creditors and, by paying, gain their confidence and  protection. Russia, China and the Paris Club shelled out because there were demonstrations of an intent to pay and those actions warranted debt forgiveness.

The next person to visit Havana will be the recently elected president of Argentina, who has already warned his country that he will also commute part of the debt.

The strategy is effective but dangerous. It is very similar to the one used Nicolae Ceausescu before he was shot. He tightened Romania’s belt in an effort to begin paying down the country’s debts but his timing was bad. Misery had overtaken the country. It was 1989, the winds of freedom were blowing and the rest is history.

The only thing the general’s ingenious plan lacks is a successor capable of keeping him away from those like me who are always lurking. It should someone who is a loyal apprentice but not, in my opinion, his son. Or Miguel Diaz-Canel. No doubt we will begin to get some idea in the coming days after new appointments are announced during the upcoming VII Congress of the Communist Party of Cuba.