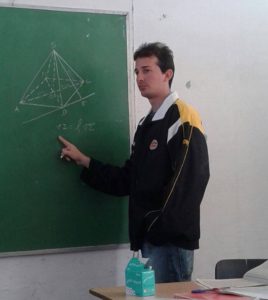 Somos+, 12 November 2016 — Cuban State Security forces arrested professor Jose Luis Artiles Salinas of the Santa Clara Vocational School of Exact Sciences in Villa Clara, to keep him from traveling to Barcelona, Spain, where he planned to take a course in audiovisuals along with other members of the Somos+ (We Are More) movement.

Once more, the Cuban government violates rights, transgresses universal norms and denigrates people who don’t go along with their system of governance. And for this they resort to coercion, violence and arbitrary arrest to frustrate any progress within the ranks of their opponents. The political movement Somos+ condemns this shameful act and demands the immediate release of this young Santa Claran.