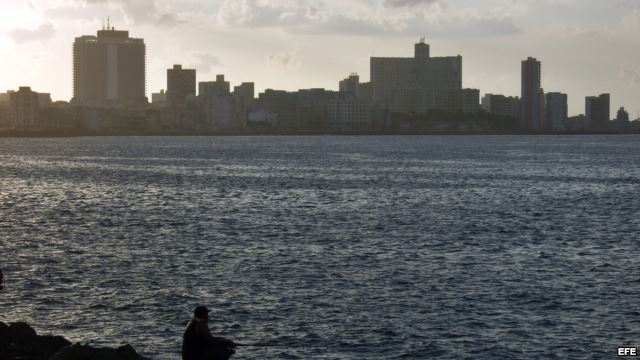 If there is one thing I learned from being close to power, it was not to focus on explicit actions but rather on non-verbal messages that go unstated. It is precisely for this reason that today, while many are captivated by dreamy visions and hopeful about evolutionary developments that to me still seem embryonic, the Cuban government is approving and reaffirming steps towards a greater permanence, legitimacy and future for itself.

I have 103 reasons — three of them personal — for being opposed to what is called Revolution. But that does not mean that I cannot see the growing empowerment of an administration that on the one hand combines investments in key areas such as tourism, technology and education while at the same time guarantees the sustainability of the system by increasing the number and size of certain personal bank accounts and overseas investments. I will comment more on this at another time.

It is clear that the abuses, apathy, incessant propaganda, a surfeit of rhetoric and ongoing requests for martyrology-worthy sacrifice have caused the majority of the population to distance itself not only from the government, but from the opposition as well.

The housewife, the farmer, the worker, the doctor, the thief and the student are neither political nor apolitical, but rather anti-political. The government is aware of this and has taken concrete steps, pretending to bridge this gap between the leaders and the led by appointing executives who are younger… sorry, I meant to say less elderly, less corrupt and more in touch with the people, although in practice none of them have real freedom or executive power.

Last year there was an unusual freeze on the military budget. Several days earlier the General asked the armed forces community for its trust. Political ploy or not, it is one more thing to round out an image of a pragmatic leader aware of administrative and financial limitations.

The eyes of foreign investors, however, see a slow but recovering economy, open to foreign investment and eager for free trade. Since it is almost a rule that capital is unconcerned with ideology but worships opportunity, the swift negotiator quickly falls into the mix and ends up being fodder for the government, which uses him to advance its interests and pressure governments, states and monarchies. They learn too late that recouping investments is not a function of production levels or the labor market, but rather of avoiding the leaks in the very dilapidated state plumbing system.

Fluent in diplomacy and official propaganda, they know that today’s world is not about militant leftists or well-to-do rightists, but about people who lean towards one side or the other based on their own overall interests. Therefore, many agreements are facilitated, giving teeth to those who cannot smile and colors who those who cannot see. From an endless number of patients they humanely raise armies of the grateful.

The Cuban government is preparing itself by forced march to confront the future, which I can see upon crossing the street. I do not want to appear negative, because I am not, but I cannot help thinking of my astute grandmother, who possessed a wisdom without equal, when she used to tell me, “There are two kinds of people in this world — those who have power, and those referred to as ’the nobody bosses of nothing.’”