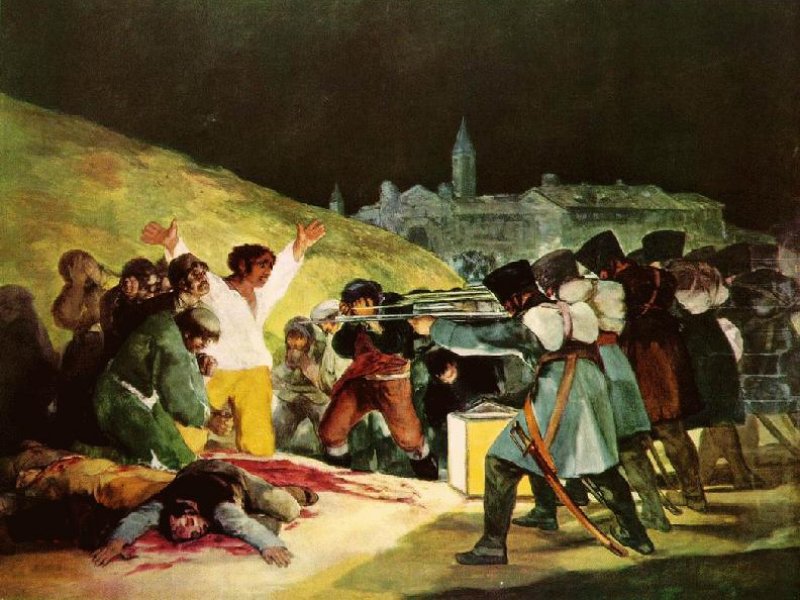 In Cuba, May is a month that evokes history and celebration for the advent of the  Republic on May 20, 1902, the celebration of International Workers Day, which had become of spectacle of the “chorus syndrome” for half a century. In Spain, May Day is a National Holiday for Labor Day, and the following day in Madrid marks the 1808 popular uprising against the French forces, whose troops had already been kidnapped by Carlos IV and his dynastic successor (Fernando), repressing the Aranjuez Mutiny and implementing terror in other places on the Peninsula, to impost Joseph Bonaparte, brother of the French emperor, on the throne.

The uprising in Madrid and the wave of executions was the prelude to the War of Independence against foreign troops; its huge internal and external consequences for the dramatic situation of Spain was taken advantage of by its colonies in America to throw off the colonial yoke.

Historians, artists and writers have testified about the odyssey of the Spanish people against their occupiers. The brilliant artist Francisco Goya memorialized on two canvases the shootings of May 2 and 3 in Madrid, while the writer Benito Pérez Galdós wrote novels about the events, and the sculptors such as Antonio Sala, author of the Daoíz and Velarde Monument, located in May 2 Square, and Aniceto Marinas, creator of the Monument to the Heroes of May 2, around which the first centenary was celebrated in (1908) in the Puerta del Sol.

Monument to the Heroes of May 2. Wikicommons.