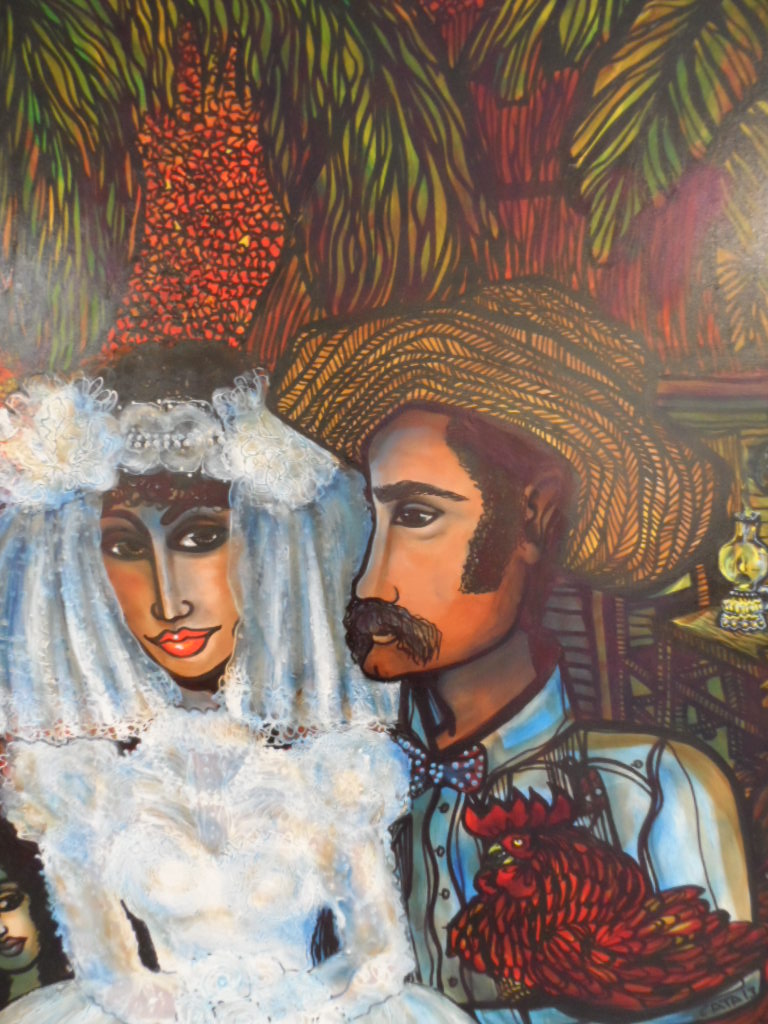 A friend told me the following story about having to serve as a witness in the respective marriages of two of her friends, a Cuban brother and sister, to two unknown foreigners “recommended” to them by others who have already gone down this tortuous path:

The first wedding was between the sister and a foreigner; the second between her brother and an even older foreigner. Out of a sense of solidarity my friend, who was a witness and participant in both instances, also became involved in “set design” for both events. This included arranging for more than fifty photos portraying the wedding festivities, which meant having to assemble a tremendous array of “scenery and props.”

Since the bride and groom belong to a religion that does not allow alcohol (though apparently it does not prohibit lying), they had to find empty beer cans and fill them with water. They also had to buy two sponge cakes, cover them with some homemade meringue, put the toy “bride and groom” on top and decorate the wedding table before taking the photographs that would be presented as evidence.

She also tells me that the siblings did not have two houses in which to take family photos so, when they staged the second wedding, they were forced to borrow some of the neighbors’ furniture to decorate the living room. The also had to change pictures and accessories in the bedroom to make it appear as though it was two different houses.

In addition to all these theatrics (May is Theater Month), she told me about the fortune the sister and brother had to pay to the international notary office, which is well aware of the tricks people play and even offers “suggestions” to their clients.

Besides the “tidy sum” (all in CUC and dollars) they have to keep paying to the two respective foreigners who lent their services, there is the risk that the foreign embassy in question will not “swallow” this gimmick and might deny them their much sought-after visas.

This is but one of the many schemes employed by most of the Cubans who aspire to “escape” through a third country. They risk an enormous amount of money — almost always the proceeds from the sale of their homes — and in the worst cases their lives, to achieve the ultimate goal of setting foot at any cost on “enemy territory.” They will continue doing this until the Cuban Adjustment Act is rescinded, the prospect of which has now become an ongoing national rumor.