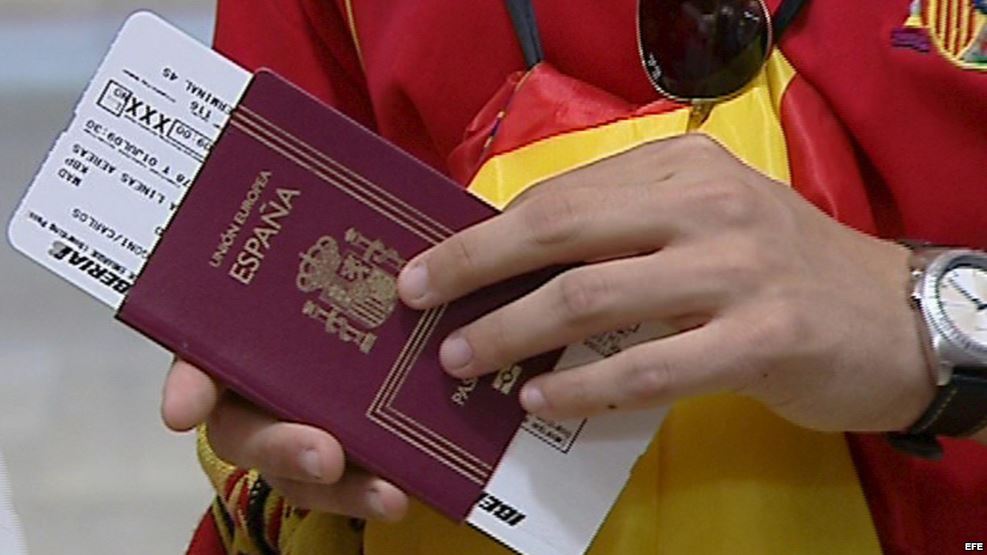 Juan Juan Almeida, 29 December 2017– On December 21 a leftist coalition led by Spain’s Podemos party introduced a legislative proposal that could benefit thousands of Cubans, as well as people of other nationalities, who are descendants of Spanish citizens born outside of Spain.

If approved, the bill submitted to the Chamber of Deputies would grant Spanish citizenship to descendants of Spaniards who had emigrated.

Spanish law had already made a person whose mother or father were native-born Spaniards eligible for citizenship. Law 52/2007, also known as the “Historical Memory Law” or the “Grandchildren’s Law” expanded the opportunity and, within two years and eleven months, some 446,277 people had acquired citizenship under the law. 95.2% of them were from Latin America, with more than half of the applications made through Spanish consulates in Cuba and Argentina.

If approved, this legislation will greatly expand the number of descendants eligible for Spanish citizenship. It would allow the mother country to legally recognize, among others, grandchildren of Spanish women born in Spain and married to a Spaniard before the adoption of the 1978 Spanish constitution and children of those who obtained citizenship through Law 52/2007.

“Thousands of legislative proposals are made by various parliamentary factions and not even 10% of them manage to get the necessary support in the Spanish parliament. The Podemos proposal does not have this support,” says a source within the ruling party.

However, the proposal by the leftists comes at a significant as well as opportune moment for thousands of Cubans of Spanish descent who were not covered by the Historical Memory Law.

The year 2016, which is quickly coming to an end, was an important year for the Cuban government. In terms of marketing, it was excellent.

President Barack Obama’s visit at the end of March aroused people’s hope for a change. With the resumption of relations, they watched high-level US officials parade through the Havana airport. The Old World’s interest in strengthening political-economic dialogue with the island culminated in the repeal of the the EU’s “Common Position” towards Cuba. And the visit to Cuba by Prime Minister Shinzo Abe of Japan was the first by a head of government from that country.

But in spite of all the publicity and the VIP visitors, the Cuban people’s prospects for development are obsolete and the arrival of much anticipated changes is nowhere in sight.

This legislation would encourage many Cubans to look for an alternative emigration route in light of the still ambiguous outlook for relations between the United States and Cuba.

I personally am unaware how this law in the land of Serrano ham would work. But I do know that, today, Spain is not prepared to handle an influx of 100,000 new citizens, who will surely arrive seeking assistance.