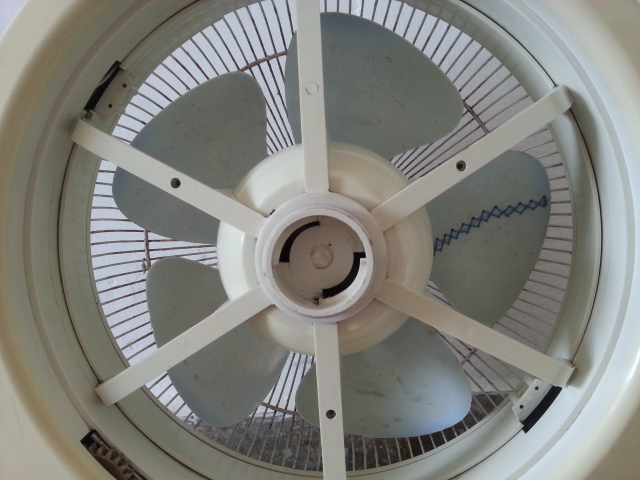 Noel repairs the blades of the fan. He has a little workshop in a doorway in Cerro neighborhood. He repairs electric irons, blenders, every kind of obsolete motor, and does good things with rice cookers and water heaters. It’s not a job that generates a lot of dividends. Some of the customers ask for his reliable services and then he doesn’t see them again; others want to pay in installments and end up not paying it off. However, in addition to diminished returns, this labor offers Noel a unique experience. Every day, he is in contact with people, many people. Speaking, opining, telling him what came over the illegal satellite dish and especially listening, opening his ears to what they have to say. So he has become, in his little cubicle full of grease and cables, an actor of opinion, a born leader appreciated for his abilities and respected for his words.

Cuba is full of people like Noel, anonymous, simple, who know reality at a level no minister can reach, even with the most competent advisors. People who don’t show up on TV screens, who aren’t at the front of any parade, but who have natural charisma and contact with the people to lead changes. For now, we only know those with whom we’ve managed to interact or meet personally, but there are thousands. They will never draft a political platform, but they know by heart the most acute problems that afflict our society. They would not sign an action demanding improvements in human rights, nor will they open a blog, practice independent journalism, or autonomous law. The word “activist” scares them and to call them opponents would put an end to the life they have now. They are — without saying so — all that and much more. They are citizens of conscience, to those who damage the situation in our country.

The future of our nation will be influenced by Cubans like this. So many who, today, are behind a desk in some office, at the front of a classroom, filling out forms in some State agency, we will see reach the public sphere. As they feel there’s a mark of respect in stating their opinions publicly, they will emerge from all sides. It’s important that at the point when they decide to take that step we do not react with our suspicions nor with confrontation, but with our embrace. Because while Noel fixes a broken fan blade, I feel that one day he will also have the ability to join together the broken and separated pieces of our reality. The same care with which he glues plastic and fixes the motor, he will put into the social leadership he will show tomorrow.