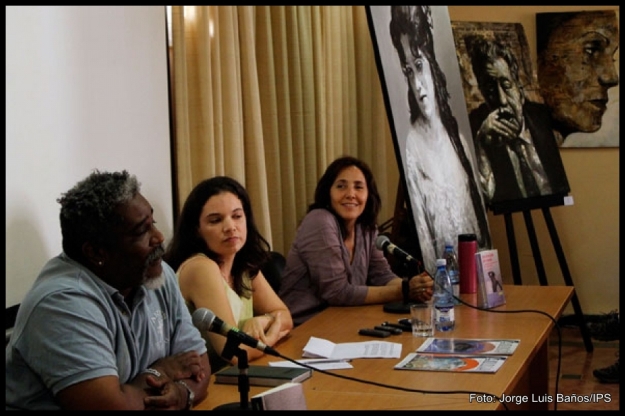 Ángel Santiesteban-Prats, 13 April 2015 — A friend’s grandmother claimed that most people complain,”When their own toe is stepped on, but not for someone else’s” because it does not hurt them.

Just a few days ago I wrote a post in which I mentioned the Cuban intellectual Victor Fowler. Despite having explained the real dilemma for which State Security threatened to imprison me — and he listened to me and at least said he recognized my situation at that time — I offered him a ride in my car, when I saw him on the street taking his son to José Martí National Library for a cultural workshop. At that moment he made me believe that he empathized with my case. I swear if he had disagreed with me, I wouldn’t have put them the car, on the contrary, I would have admired him.

The truth is, that after he stepped out of the car, he gave his signature to those ladies from UNEAC, the Cuban Writers and Artists Union. And then he did not sign when actress Ana Luisa Rubio was beaten outside her house because of her dissident attitude. A serious inconsistency for some who claims he has been humiliated by a building guard who would not let him in, he said, because of the color of his skin, and tries to make a national scandal out of it.

Of course, I declare myself totally opposed to any discriminatory act by race, sexual orientation, religion, origin, cultural or political views. I am opposed to any abuse like the one committed against the Ladies in White and government opponents throughout the island. You stand up against every injustice or none, above any personal cause. 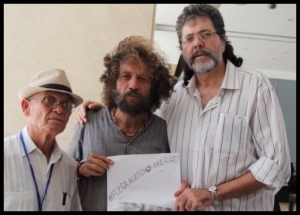 I remember back in the mid-90s, I heard the then president of UNEAC, and today Raul Castro’s advisor, Abel Prieto, express disdain and speak in a threatening manner about Victor Fowler, regarding a complaint Fowler made publicly before a group of Cuban philosophers who were at the UNEAC building: “But what is Fowler saying? He better keep quiet, we just gave him an apartment.”

I found myself in precisely that place after winning the national UNEAC award for the genre of story and — the theme of my book being based on the Angolan war — Abel Prieto begged me to make a deal and remove five stories considered very critical from my book.

“In my mandate I have not censured anyone,” he told me. Therefore, that call was not censorship, because he offered me an apartment for making the deal, which I finally did after reminding him of his phrase against Fowler, fearing he would do the same to me. He threw his arm around my shoulders, saying, “politics”in the end, and laughing he assured me that he would not do it again, a way to recognize his negative and humiliating attitude.

Maybe, Victor Fowler may not need my wholehearted support, but — besides doing it for him — I do it for a personal need. For taking such positions, I find myself  behind bars today.