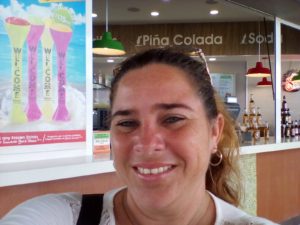 Somos+, 3 December 2016 — Joanna Columbié has been released but with the “warning” that she cannot leave Havana until after December 10th*. Once again, the nervousness of the Cuban government in the face of people who know what they want for their country is on display.

*Translator’s note: December 10th is International Human Rights Day, which may or may not have played into the government’s choice of that date.