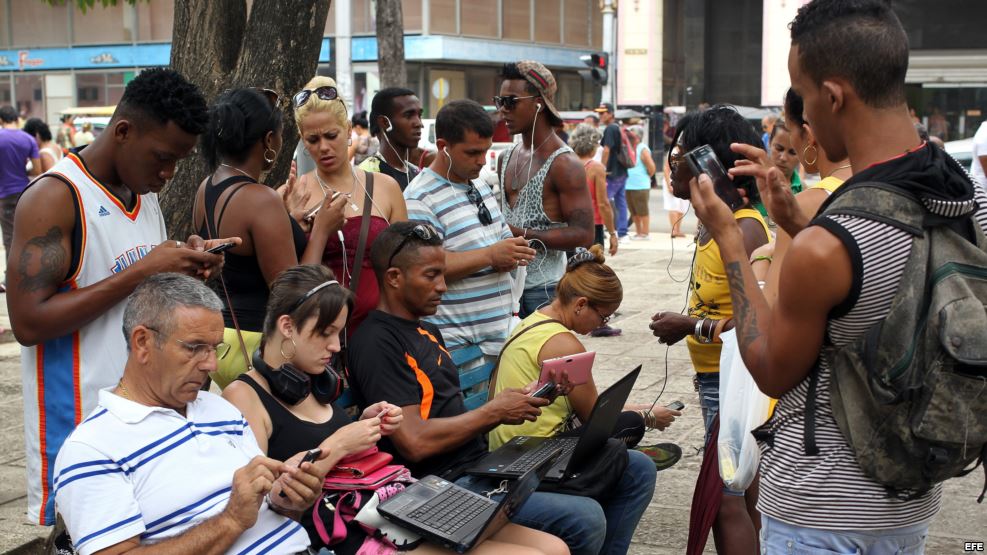 Juan Juan Almeida, 26 September 2016 — Although the Cuban press confirms and reiterates that the country will expand access to the internet as a public service, an untimely meeting — they call it a broad council — held on the 6th of this month, attended by the vice-ministers of the central organs of the state, put an unexpected brake on the process of computerizing Cuban society.

As a part of a strategy that pursues gimmicks rather than effectiveness, the Cuban government emphasizes that it is investing invaluable resources and unlimited efforts to bring the internet to more Cuban citizens. But an email sent by the engineer Jorge Luis Legrá, director of ETECSA (the state-run telecommunications company) Strategic Programs, addressed to Mr. Alfredo Rodriguez Diaz, a specialist in artificial intelligence and national director of Informatics and Communications of the Ministry of Public Health in Cuba, shows the opposite.

Official media say that in the project of computerizing society, the priority of the country is to extend connectivity to residential areas, and that the number of users in the Health and Education sectors with access to the internet in their homes will significantly expand.

The will may exist, although in reality I doubt it, because in this electronic missive that with ingenuity and great effort landed in my laptop, one can clearly read that at the important meeting held at the beginning of the month, where the majority of Cuban vice-ministers attended, Wilfredo Gonzalez Vidal, Vice-Minister of Communications of Cuba, reported that his entity will continue working on broadening access to the internet in navigation rooms, in the incorporation of new public sites for wifi service, in the joint development of a telecommunications law that suits the new technologies and puts an end to the current regulations and legal framework.

He also said that work was underway on internet access through cellphones and in the expansion of connectivity to national entities such as MINSAP, MININT, MINFAR, MINJUS, MES, MINED, MINCULT, MFP, MINTUR, MINAG, MITRANS, ICRT, MINREX, etc.  But he also made clear that as of this last July, an “all-powerful” decision red-lighted the much publicized plan to install ADSL to bring internet to Cuban homes, including those of health and education professionals for whom it has already been authorized.

Faced with such inexactitud, I can’t fail to mention my illustrious grandmother and her wise sayings… “lots of heat, little light,” or even better, “You can catch a lie faster than you can catch a cold.”