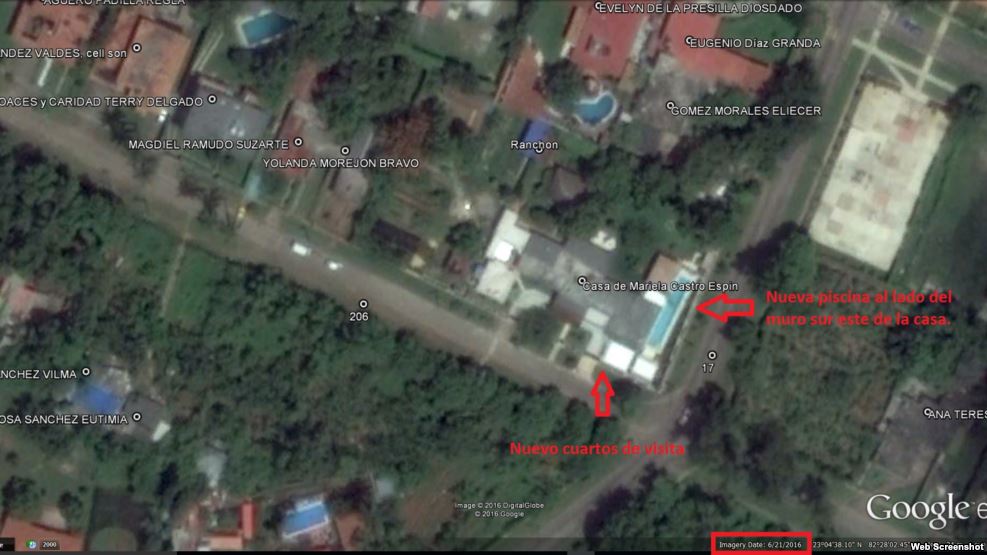 Juan Juan Almeida, 3 October 2016 — At the same time that Hurricane Matthew is setting off alarms throughout the island, especially in the eastern part of the country, the wall of secrecy surrounding the Castro family is starting to crack, allowing us to see that the Cuban government is spending more money on remodeling Mariela Castro’s house than on relief aid to deal with the approaching storm.

The numbers speak for themselves. If nothing else, Hurricane Matthew has exposed the sins of Raúl Castro’s family. Satellite images, which do not lie, reveal that from 2013 to the present the government has invested more than double the money at triple the quality on remodelling Princess Mariela’s house — located at 1513 206th Street (between 15th and 17th) in Havana’s Atabey district — than on preparations for the area that, as of Saturday, remains under a hurricane warning. 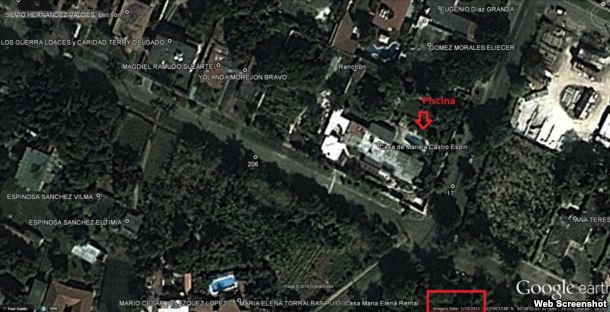 On October 1 General Raúl Castro appeared in Santiago de Cuba flanked by the ministers of Transport, Energy and Mines, Construction, Communication, Agriculture and Domestic Commerce. The group also included the president of the National Institute of Hydraulic Resources, the first deputy minister of Public Health and the deputy minister of the Revolutionary Armed Forces, General Ramón Espinosa Martín.

The entourage also inspected the preparations by the General Staff for Civil Defense for food distribution, stockpiling of agricultural products and the evacuation of those living in low-lying areas to higher ground. 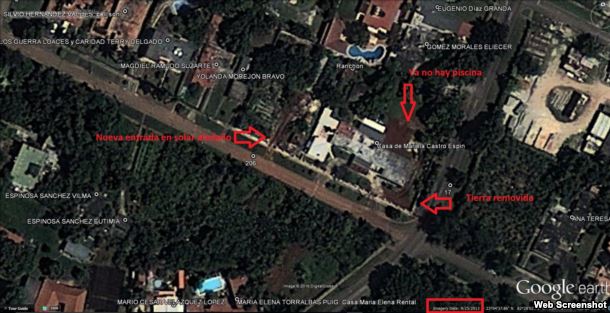 The resources are insufficient, I believe, because turning the official residence of General Castro’s daughter, who is also director of the Cuban National Center for Sex Education, into a bunker required diverting resources and state assets to invest in construction materials for an expanded housing complex which now includes a perimeter stone wall, lined on its inside face with Jaimanita limestone, and a new security system.

The remodeling project involved replacing the property’s original pool, previously located behind the house, with a new rectangular imported one, now located along the side of the house. An “old shack” was demolished and replaced with a new structure which features precious woods from the Guanahacabibes peninsula, one of Cuba’s principle nature preserves. As though that were not enough, designers and construction workers were used to build and furnish an adjacent bungalow-style guest house. The entire project — including labor, transportation and refreshments for the construction crews — was coordinated by the Revolutionary Armed Forces.

The Hurricane Matthew alert confirms just how much disdain the classless ruling class has for the Cuban people. If General Raúl Castro really wants to stamp out corruption by the root, he should start by cleaning up his own house.