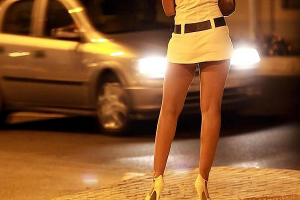 Habana, Cuba.- The girl rests beside me, as naked as a country without rights. She turns tricks on weekends to keep alive her mother, who became infected with HIV when she herself was a prostitute over a decade ago.

“My mother had to do it to raise me, when things got tough during the nineties.  Now it is my turn.”

She may be called Adriana, Yusimi, Anisley… Prostitution has thousands of faces; many are feminine but many others are masculine or transsexual. I ask her if she knows anything about a regional meeting of heads of state that is to be held here at the end of January. She looks at me in disbelief and answers:

“I saw something about in on Telesur, but I don’t see any benefit in their meeting. Other countries may fare better, but here we are going downhill, every day its worse…”

Soon, the Community of Latin American and Caribbean States (CELAC) will meet for the fourth time; this time in an impoverished Havana. Raul Castro and his court of generals will try to combine the art of “Political Prostitution” and “tick  techniques*” on the backs of the economic integration groups. Now that the European Economic Community “seems to be feeling squeamish” toward the repeal of its Common Position on Cuba, CELAC emerges for the Castro leadership as the ideal house pet.

The Chinese, for their part, come to play the role of the developed countries at the Port of Mariel. They won’t be alone, but they want to ensure a convenient springboard for foreign trade in the area from the Caribbean area to Latin America.

I explained all this to the girl, who looked at me puzzled. After listening intently (I think), she turns over and asks me to scratch her back. When I think she’s not going to say anything, she confides,

“This government knows that as the only one it can continue to sell the country. What it’s doing is creating a paradise where the yumas — the foreigners — can earn a ton of money and the Cuban people continue to be fucked.”

“All those presidents,” she continues, “come to see how they’re going to share out the cake those here are offering, and the result will be more money for the government and more poverty for us.”

Then the girl stretches out her body, and sighs with the nonchalance of someone who knows she has nothing to lose except, perhaps, the next minute.

She looks at me and smiles:

“Most men don’t even talk to me. You at least try to make me feel comfortable. We hookers can’t afford the luxury of being noble, just like we can’t stop earning money. Me, from the neck up, I don’t let anyone in… What I sell starts here,” and she places both hands on her clavicles.

“Tick techniques” means pretending to solve the problem while perpetuating it to profit from it. It comes from an old Cuban joke: There was an old country doctor whose son was also a doctor.  The father had not taken a vacation in a very long time, and the son convinced him one day to take a holiday in Havana.  Off went the old doctor, and the younger one took care of his patients. Within a few days, the old one receives a telegram from his son: “All is well in the town. Cured Mr. Garcia’s earache. It was a tick.”  Mr. Garcia was the richest man in town.  The old doctor flies into a rage and fires back a telegram: “You stupid idiot. That tick put you through medical school!”