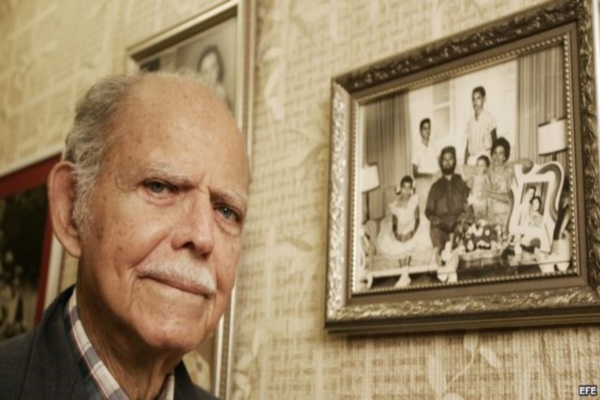 Today I have sent to the Chief of Staff, through regulation channels, a radiogram regarding my position in the Rebel Army. I am assured that this matter will be elevated to you for your solution and consider that it is my duty to inform you of the reasons why I have had to request my discharge from the army, explaining to you the following conclusions:

First: I do not desire to make myself an obstacle to the Revolution and I believe that having to adapt myself or cut myself off so as to do no harm, the honorable and revolutionary thing is to leave.

Second: From an elementary modesty I must relinquish all responsibility within the ranks of the Revolution, after learning of some of your comments in the conversation you had with the compañeros Agramonte and Fernández Vilá, Provincial coordinators in Camagüey and Havana respectively: while this conversation did not mention my name, you were thinking of me. I also believe that after replacing Duque and other changes, anyone who has been talking frankly with you about the communist problem should leave before they are removed.

Third: I only conceive of the triumph of the Revolution with a united people, willing to endure great sacrifices… because a thousand economic and political problems will come… and this united and combative people will not manage or sustain itself if it is not based on a program and satisfies equally their interests and their sentiments, and with a leadership that captures the Cuban situation in its proper dimension and not as a question of ideologies nor struggles among groups.

If you want the Revolution to triumph, say where we are going and how we will get there, listening less to gossip and intrigues and not branding as reactionaries or conspirators those who honorably state their opinions of these things.

On the other hand, to use insinuation to compromise figures who are clean and disinterested who did not appear on stage on the first of January, but who were present at the hour of sacrifice and who took on this work for pure idealism, is also unfair and unjust, and it is good to remember that great men begin to decline when they cease to just.

I want to clarify that none of this is brought forward to hurt you, or to hurt other people: I say what I feel and what I think with the right that attends my condition as a Cuban sacrificing for a better Cuba. because although you silence my name when you speak and those who have fought and are fighting alongside you, the truth is that I have done for Cuba all that I could, not and forever.

I did not organize the Cieneguilla expedition, which was so helpful in the resistance of the spring offensive for which you thanked me, but to defend the rights of my people, and I am very content to have completed the mission you entrusted me with at the head of one of the columns of the Rebel Army that fought the most battles. As I am very glad to have organized a province as you ordered.

I think that I have worked hard and it satisfies me because regardless of the respect I have earned from those who have seen me close up, the men who know to dedicated their efforts to achieve the collective good, I enjoy the fatigue proportioned by being consecrated to the service of the common interest. And this work that I have enumerated is not mine personally, but a product of the efforts of some few who, like me, have known to do their duty.

Well, if after all this  I’m thought to be ambitious or there are insinuations that I am conspiring, there are reasons to leave, if not to regret have been one of the many compañeros who fell in this effort.

I also want you to understand that this determination, well thought out, is irrevocable, so that I ask you not as Commander Huber Matos, but simply as one of your compañeros in the Sierra — do you remember? From those who came fully prepared to die following your orders, may you respond to my request as soon as possible, allowing me to return to my home as a civilian without my children having to hear later, in the street, that their father was a deserter or traitor.

Desiring every kind of success for you and your revolutionary projects and desires, and for the country — the agony and duty of all — I remain as always your compañero,

Huber Matos died on the morning of 27 February in Miami. On the 25th he was admitted to Kendall Regional Hospital where he was diagnosed with a massive heart attack. On the 26th he asked that they withdraw his respirator because he wanted to say goodbye to his wife María Luisa Araluce and to his children and grandchildren.

During the day he received calls from Cuba and the main leaders of his party, the Independent and Democratic Cuba (CID) movement, who assured him the organization would not rest until the island is free.

Huber Matos Benítez was born in Yara, Cuba, in 1918. He earned his PhD at the University of Havana in 1944 and was a member of the Orthodox Party.

He resigned his position as Commander in 1959 in protest against the communist government’s deviation from the democratic principles of the Revolution.

Fidel Castro condemned him to twenty years in prison in a trial in December 1959, a sentence which Matos served to the last day.

His autobiography, «How the Night Came» (2002), describes his rupture with Castro, his trial and his years of prison.