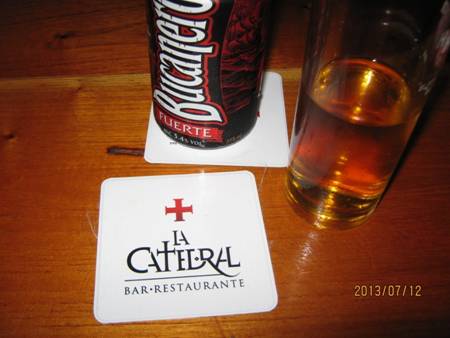 I have always known names were important. I would not be the same person if I were not called Rebeca. At least that’s what I think. I have two names, as does almost everyone of my generation. But if right now I heard my other name called out, I would not turn around because I would assume they were calling someone else. So it is with everything, especially streets and businesses.

When the restaurant La Rosa Negra (The Black Rose) opened, I thought the name sounded odd. Some people asked, “Why black and not another color?” When I finally looked into it, I was told that it was a rented space and, when they began construction, the landlord had specifically asked that this name be used because it was the name of a book he had read and very much enjoyed. The lessees obliged since it was really only a detail.

As soon as it opened its doors, people were impressed with the quality, the service and the wonderful group of people who made up the staff. This generated an ever-expanding and loyal clientele, who got used to the unusual name. It was the owners and staff — with their hospitality and affability — who made the “budding” rose famous at home and abroad.

Not all of the path was strewn with rose petals, however, and all too soon the thorns began to appear. Seeing the tremendous success the restaurant had achieved, the building’s owner decided to void the lease in order to take over the now flourishing and well-established business. But that wasn’t the worst of it. He wanted to keep the name since it had been his idea. Not a good thing for any new business.

Finding it impossible to convince the landlord to let them keep the name — arguing it was their efforts which had given it the prestige it now enjoys — the restaurant’s owners instead opted to buy an old house in Vedado and convert it into a beautiful new restaurant: La Catedral (The Cathedral). They are not getting the old logo but everyone who helped make La Rosa Negra famous is moving with them. I am absolutely certain that everyone will follow them to La Catedral since in the last two years everyone — customers, owners and staff — feel we have become a family.

For those who live here and those who are thinking of visiting Havana after November 2 of this year, I suggest making note of the new address: Calle 8 (8th Street), between Calzada and 5th in Vedado. You will thank me for the recommendation.