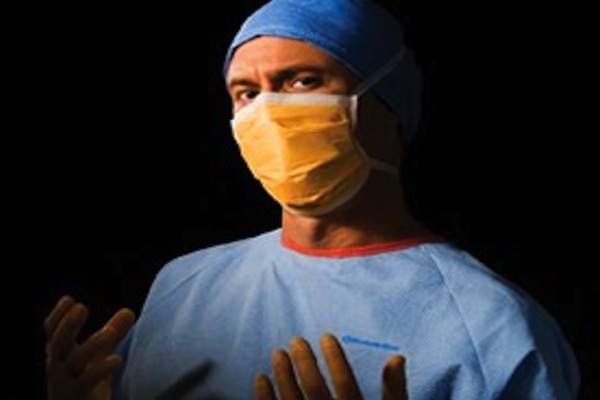 About 50,000 patients get some kind of infections annually. Lack of running water in bathrooms, clean linens, surgical gloves and even lack of brooms are among the causes.

HAVANA, Cuba. -Approximately 50,000 patients get some kind of infections in Cuban hospitals; 16,500 could die from that cause. Being admitted in a hospital is considered “more dangerous than an airline flight,” according to the World Health Organization.

More than 8 millions patients die because of a severe infections every year around the world associated to medical attention, meaning one person dies every four seconds. In the USA 1.7 million infections are reported in hospitals, causing 100 thousand deaths. In Europe, 4.7 million are also reported in hospitals with a 37 thousand death toll, according to World Health Organization.

Every year government officials in Cuba report low child mortality rates, data that  makes the Cuban Health System look great. However the numbers of infections, or deaths caused by hospital infections are not published, that could be a good indicator to measure health services quality in the island. 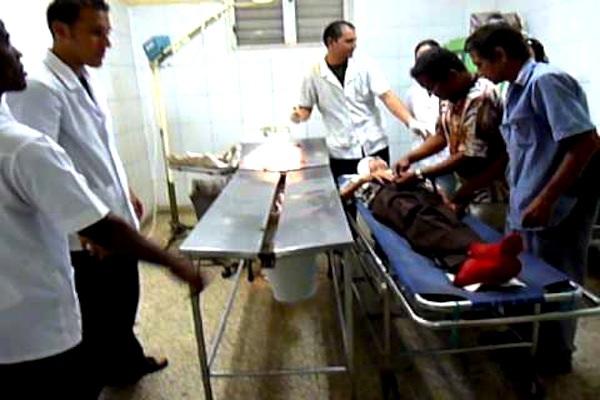 A hospital that has a high rate of infections among patients admitted, is not considered efficient. Even with no official data available, Dr. Rafael Nodarse Hernandez– a Microbiologist Specialist Grade 2 who works for the Dr. Luis Diaz Soto Military Hospital–confirmed in Havana that 50,000 people catch infections  every year in Cuban hospitals, as he stated to a Cuban Military Medicine magazine.

That statement was validated in a study issued by Masters in Science Luis Eugenio Valdez Garcia and Tania Leyva Miranda, from the local Hygiene, Epidemiology and Microbiology Center in Santiago de Cuba.

In an article titled “Endurance of infections associated with health services in Santiago de Cuba local hospitals,” published by the digital site Infomed, Masters Valdez Garcia and Leyva Miranda stated: “Santiago de Cuba province has an average of 2,500 to 3,000 people  that get infections in the very hospitals they are admitted to. As of 2011, reports show 2,717 events documented, meaning 2.4 cases per 100 patients released from hospitals”.

Taking as reference the 33% mortality caused by hospital infections according to Master in Science Epidemiologyst Ileana Frometa Suarez, from Hermanos Ameijeiras Hospitals, mortality would be 16,500 deaths a year.

Some doctors consulted consider this rate of infections quite high, but confess they have no idea of the number of deaths caused by hospital infections, nor the exact number of people that got infected in the hospitals they work for.

The key element in hospital infections spreading is the environment. Hygiene is the Achilles heel of Cuban Hospitals, not only regarding surgical instruments and medical staff, but the actual hospital buildings in which patients are admitted, especially those recovering from surgery or accident victims, and those recuperating from burns.

Hygiene has declined dearly in those institutions not frequented by the government elite or tourists. Running water is not available very often in such hospitals. Patients’ relatives must collect fresh water from tanks available in the building.

That is the way they flush toilets, bathe or clean their sick relatives. Often the rooms are cleaned by relatives of patients admitted because of lack of cleaning staff or neglectful employees. Cleaning products, clean bed linen, medical gloves and cleaning equipment are very scarce in hospitals.

In addition to the poor hygiene in all institutions, infections spread mainly through health personnel; they transmit the germs when they come into contact with patients. Relatives are a source of infections as well, when acting as improvised nurses due to inefficient health services.

According to a report issued in 2010 by the American Society for Microbiology (ASM) and the American Cleaning Institute (ACI), chances of washing hands are higher in a public restroom than in a hospital. According to the World Health Organization, 60% of health professionals do not comply with the requirement to wash their hands so it is easy to get the picture on how many patients’ relatives do not comply, either because of lack of publicity or because of a non-existent hygiene culture in that regard.

With such negative picture of Hygiene in our hospitals, it is not overstated that hospital infections are one of the biggest challenges for Cuban Health System, even if government officials do not talk about it or publish actual statistics.