Havana, Cuba, November, www.cubanet.org — The Cuban regime, in pursuit of “unleashing the productive forces,” has established, through Law Decree No. 318/2013, the new “Rule About the Commercialization of Agricultural Products in the provinces of Artemisa, Mayabeque and Havana.”  The communist leaders say that this new regulation is directed to eliminate the mechanisms that hinder the process of agricultural commercialization, as well as the “quest to make it more dynamic, efficient and flexible.”

The official newspaper Granma circulates, with optimism, various articles about this new Commercialization System which will begin to function this coming December.  The Havana population receives the news with despair and reservations, because it does not see substantial changes in the scarcity of food, their high prices, or the lack of quality and variety.

Producers continue to be circumspect because although the regulation permits the sale and purchase of the surplus once the contracts with the State have been fulfilled, the control and Statism that the regime maintains make them doubt that this will happen.  Also because the State does not sell them the necessary equipment to assure the safety of their products to their final destination. 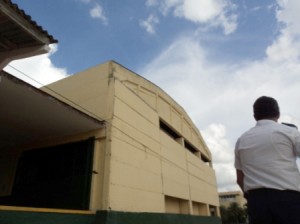 It is reasonable to remember that during the decade of the ’80’s, in the capital of the Island, three farmers market hubs operated: Berroa, Ocho Vias and El Trigal. These centers have been led by the Council of the Administration of Provincial Popular Power of Havana and the ministers of Interior Commerce and Agriculture.

For many years, the commercial organization created facilitated the illegal markets or “black market,” which occasioned crimes of larceny, theft and diversion of resources, with the consequent loss of millions.  Audits and inspections by the Agricultural Ministry and other State agencies have reflected excessive costs and alleged losses.  El Trigal, not a few times, was implicated and closed for said causes. 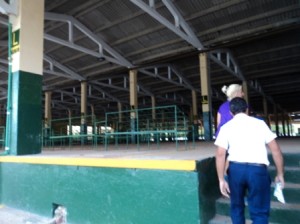 On the other hand, on the esplanade of 114th Street and the Pinar del Rio Highway, belonging to the Marianao township, a wholesale agricultural market functions in the open, attended by productive methods, points of sale and brokers. This structure, headed by Colonel Samblon, will close in December, and has not been exempt from acts of vandalism and a regulated commercial organization.

The peculiar and striking thing is that the colonel mentioned, converted into the president of the non-agricultural cooperative who will operate the El Trigal market, will head that center under the supervision of General Colás, according to what I was able to learn there.

The farmer’s market will offer to sellers and buyers a night service between six in the afternoon and six in the morning.  To that end, it will rent spaces for the sale of merchandise.  The entry (as much for trucks as for persons), the loading and unloading, the weighing and other secondary services will be leased and collected by the cooperative.

Also, the competitors will be obliged to leave the market at six in the morning with their unsold merchandise in tow, in order to get in a new line and enter the enclosure again at six in the afternoon.  An agonizing way of marketing, conserving and preserving perishable products in an installation whose refrigerators are not operational!  In the daytime they will weigh the trucks that come from the provinces, for their distribution to the basic units or network of markets.

It is anecdotal to remember when the communist ex-dictator Fidel Castro Ruz, in August 1960, before 600 cooperative coordinators, said, “Now we enter a higher level, now we enter into a new project, a new purpose, a new aspiration: the aspiration to diversify agriculture.”  The ex-leader, with his “development programs,” years later destroyed the productive and industrial base of the Cuban economy.  Will we now be journeying through the dreams and deliriums of the General President?

In summary, the new commercial organization that the regime tried to implement will enrich the cooperative businessmen of military ancestry, at the expense of producers, private sales representatives and the people, who will continue enduring the experiments of the dictatorship of the Castro brothers.