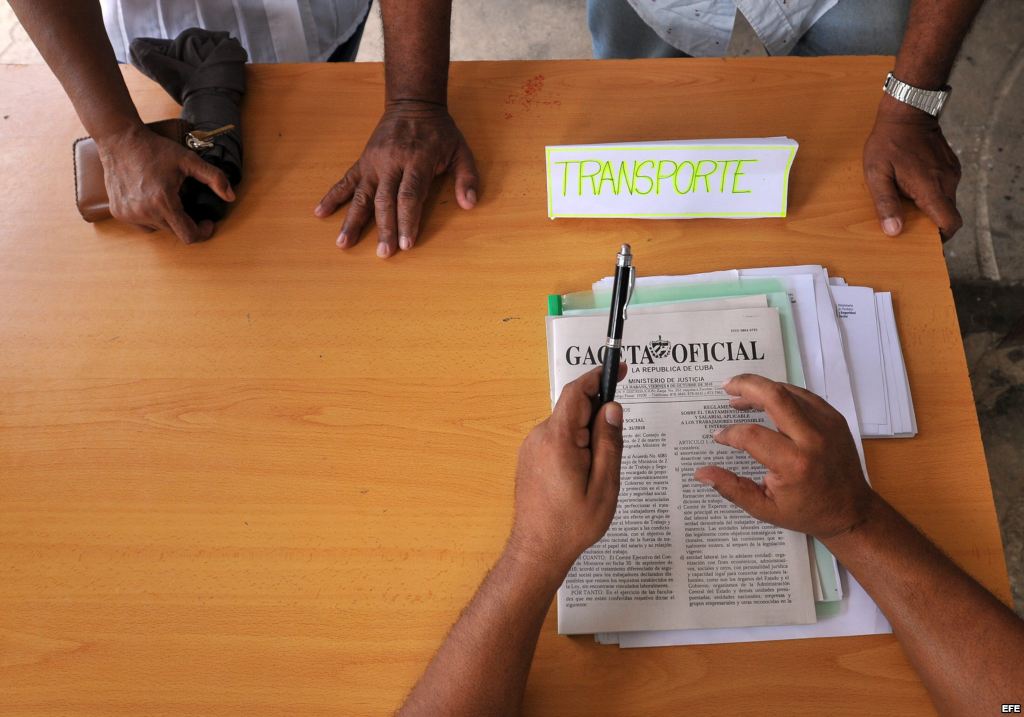 Looking back from 2013, I think one of the most controversial measures for the Cuban people last year were the approval of Law No. 113, the new tax system. and Decree No. 308, which since its appearance in the Official Gazette, regulates the norms and procedures that, according to the newspaper Granma, began to be applied in a gradual way starting in January.

In principle, I agree with the new legislation. The economy of my country was built on the cement of an architectural system of arbitrary crime, where many thieves, from all over the world, came to Cuba with suitcases full of money to evade international regulations and, without explaining the origins of the money, deposited it in our bank and invested it in our country.

Here I should point out that some of those crooks ended up cheated, because we were living — and I’m not sure if I should refer only to a time in the past — in a tax and moral amnesty, which among other things affected our candid island modesty, and without any justification, forced us to practice that worn-out Chinese proverb, “A thief who robs a thief…”

One of the meanings of the word freedom is to be part of a disorder; but even so, we Cubans (solvent or not) must recover our culture of taxes.

I invite you to consult the law that went into effect on January 1, which obliges people to pay taxes: personal, utilities, sales, services, land transport, transmission and inheritance of goods, documents, etc. And to review the nine taxes that, although they appear in the body of the ordinance, it will not be in effect for now.

If we immerse ourselves in the spirit of this new tax policy, we will find that it is basically economic. The country is falling apart and this danger falls on everyone in sight. It’s a source of additional relief that it only seeks to collect, not benefit.

This statute passed by the members of the National Assembly of People’s Power (people who are well-read, erudite and eloquent), is an act of publicity which, like any discourse carried out in parables, should not be put into effect. It is nothing more than an incomplete law riddled with loopholes which, subtlety saturated with gimmicky babbling, appears as quasi-chimerical perfection and manages to convert the defrauded into the defrauder.

In a punitive spirit, small tax frauds are persecuted as if the nation’s corruption rested in the carpenter, the shoe repairer, the kiosk vender; and not in the big cities or the State enterprises. Who did they think they were fooling; just a few years ago the Ministry of the Armed Forces (MINFAR) disbursed the shameful sum of several million dollars to set up a project of private jets with airplanes that never flew or left their hangers because there were no buyers. This, indeed, was a mega tax fraud, worthy of being punished.

But Lae No. and its Decree No. 308, are chess moves. A cold creation of the Cuban government which, hidden behind the typical trip of the old poker player, launches on the world, and especially on the United States, a message of solidity and change. If the Spaniards know wine, Havana knows lechery and deceit.