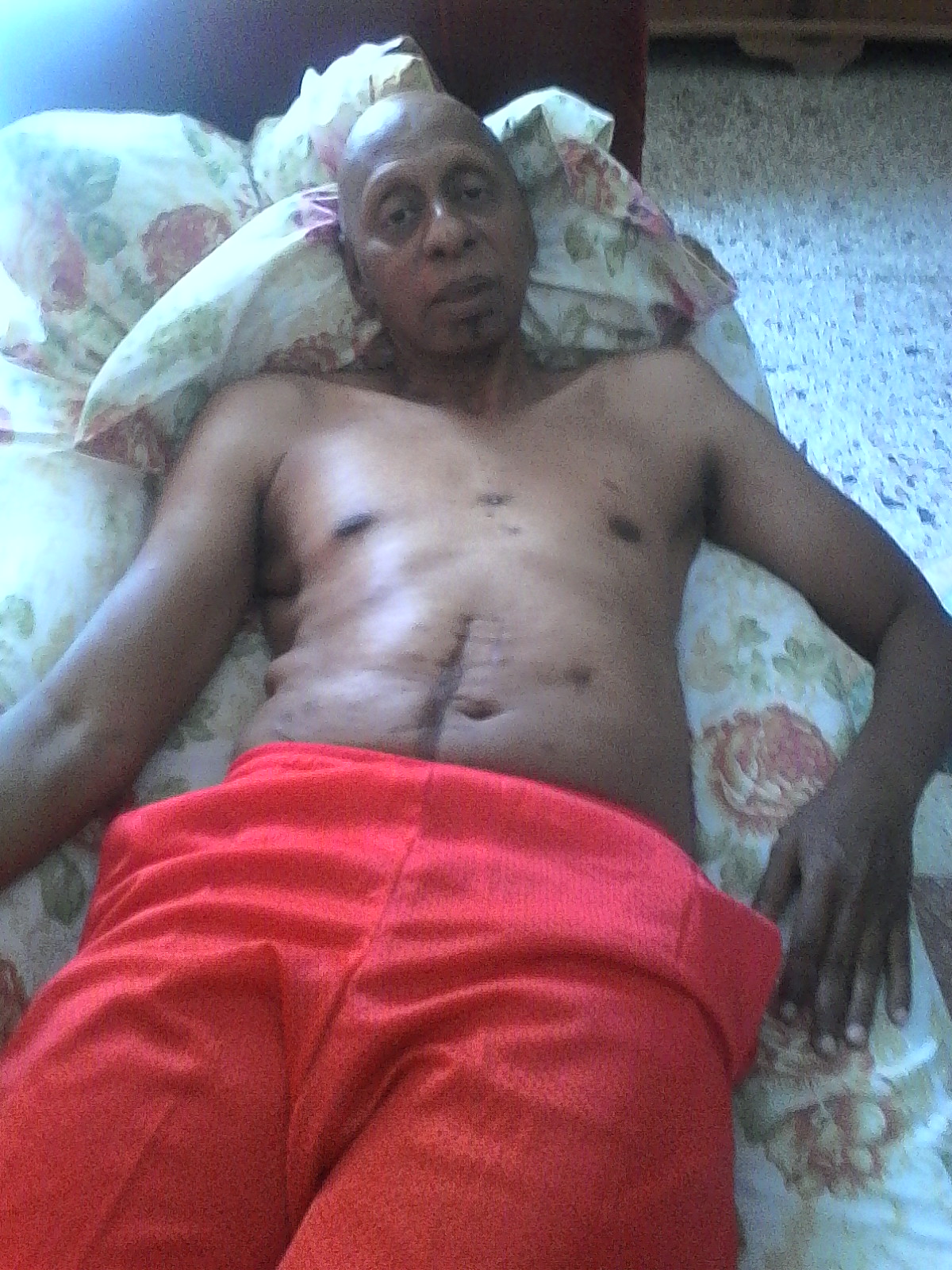 Lilianne Ruiz, 29 July 2016 — Guillermo ‘Coco’ Fariñas lost consciousness on Thursday, 28 July at noon, the eighth day of his hunger and thirst strike. He had to be taken to the main hospital of Santa Clara by the group of activists who are with him in the strike. He had spent the morning with much discomfort and his temperature had risen because of dehydration.

He arrived at the hospital unconscious and with the corners of his mouth and tongue parched, and covered of bloody scabs. He is suffering from “dizziness and all the hassles of severe dehydration,” according to Dr. Rodriguez Rangel, a FANTU (Anti-Totalitarian Front) activist and follower of Coco’s. It was the activists who took him, unconscious, to receive intravenous hydration. Coco had indicated, as he told me by phone, that the strike is “not about committing suicide,” but about resisting hunger and thirst until his demands are met. This is his 25th hunger strike.

Reflecting on the deteriorating health of Coco makes very sad reading. Jorge Luis “Bebo” Artiles Montiel has been designated by FANTU as spokesperson for the strike and sends out information via text messages. Most impressive to me is updated information on blood pressure, heart rate, the quantity of the urine in the day, being taken by his mother, Alicia, a licensed nurse.

I think about her, in the immense love and respect that she must feel for her son’s decision, dealing with the pain of seeing his physical deterioration.

The image of Christ and the Virgin at the foot of the cross comes to mind. Suffering for a cause that transcends his own person and doing it practically alone, flooded by a faith that has been lost in others from the bitter experience of knowing what in its time was named “the world” and that, thinking clearly, was nothing other, before or now, than “politics.”

And I say “alone” because although they have the support of many people inside and outside of Cuba, we mustn’t forget that they are in Santa Clara and that if they were in Havana they would have already received more visits from representatives from the diplomatic corps who, at the end of the day, are the only ones who can help us right now with their solidarity. And there would also be more of a presence of the foreign media to shape public opinion about the strike; and a little more access to the internet so that the activists can keep the issue visible on the social networks.

Being in the provinces, Coco’s strike now needs all our strength, of memory, of our good actions, a visit, a call, effective management by those who can apply political pressure, a campaign on the social networks, an escalation of visibility which demonstrates the commitment to the defense of freedom and democracy in Cuba, which is above all a moral imperative.

Not only has Coco been hurt by a beating at the hands of State Security agents while handcuffed, but also by that which was aptly defined by Pope John Paul II, as the experience of “humiliation at the hands of evil.” So the hunger strike is Coco’s moral response, committed to nonviolence.

Coco told me by phone that he appreciated his brothers from FANTU and other organizations for having helped him when he lost consciousness. And the doctors and nurses of the hospital of Santa Clara because they did not let themselves be coerced.

The members of the repressive forces were also guarding the hospital, as the activists with whom I spoke on the phone reported to me. The presence of of the political police in our lives as Cubans is one of the things we want to erase and part of that chapter of violence which Coco’s hunger strike is protesting against.

To give just one example, in Havana for the last 62 Sundays the Ladies in White have confronted a brutal repression. They are beaten, thrown to the pavement, and arrested to prevent them from marching for the freedom of the political prisoners.

To conceal the fact of the violence of its institutions the government uses violence.

It reminds me of the little I’ve read of John Stuart Mill, because it seems so desirable to build coexistence. Limiting the powers of government is what they understood, and understand, as freedom. First “obtaining recognition of certain immunities, called political liberties or rights.” Because it is essential to the rule of law to prevent all sorts of wrongdoers from coming to power.

A hunger and thirst strike creates an unspeakable discomfort in the body. Although his body has been hydrated intravenously, it continues to suffer and deteriorate through the effects of starvation and the oral withdrawal of water. It is enough to feel thirsty or hungry during a few hours in the day to imagine the severity of a strike like this.

Coco still suffers the physical effects of previous strikes, the longest lasting 18 months. He suffers from a polyneuropathy in peripheral limbs, muscular hypotonia, and gastric disorders. Because of his sacrifice, 52 of the 75 prisoners of the Black Spring were released, but the circumstances surrounding that sacrifice was one of large-scale international solidarity. Now we need that solidarity again.

We all want Coco to be well, with the same force with which we wish to the violent repression inherent in the political and economic system of Cuba to cease, along with the punishment for dissent, for seeking justice, for freedom from a government hatefully ensconced in every corner of this island where the light is trapped, and contributing to the destruction: civic, political, economic, social and cultural.