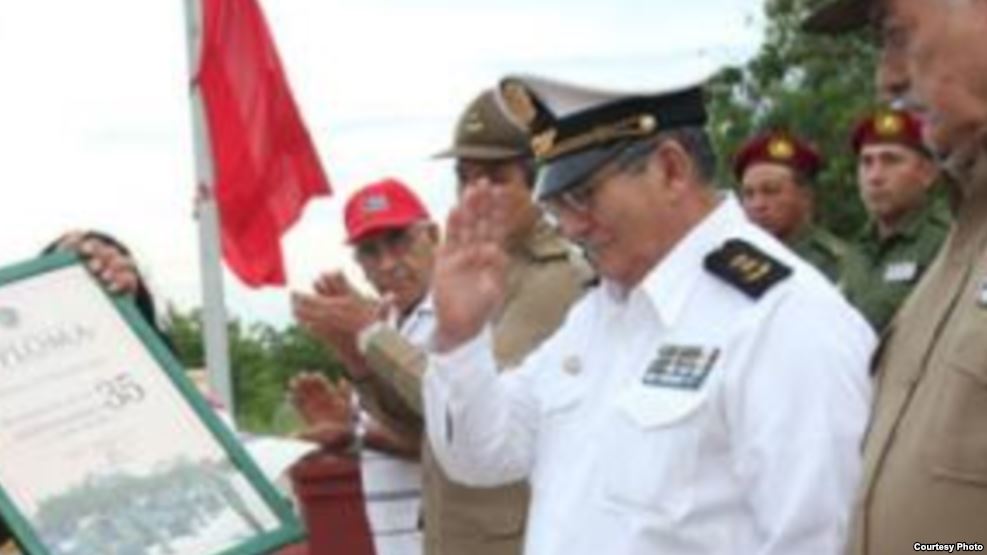 Juan Juan Almeida, 24 January 2017 — Hours after the Obama administration said good-bye to what was the “wet foot/dry foot” policy, in Cuba the recently named Minister of the Interior, the new man in charge of guarding the secrets and security of the State, Julio Cesar Gandrilla Bermejo, orders a braking, a review and punishment of all those officers who, in complying with the law, commit excesses and/or abuses in their treatment of the population, of those charged, imprisoned, and even those the government calls “members of little counter-revolutionary groups.”

The surprising directive not only comes within the framework of normalizations of relations between the United States and Cuba, and also appears at exactly the time when the uncertainty of many Cubans was triggered when, out of the blue, they closed the valve and reduced the escapes.

The news of the “wet foot/dry foot” repeal had barely been announced, intended to stop the exodus of Cubans to the United States, but the pressure within the island didn’t wait. This opportune measure, or opportunistic reaction, aims to take advantage of the change to protect the system and national security, silence those who attack the government showing the constant violations of individual justice, and avoiding at all costs popular discontent.

Although today everything appears to be in Gandrilla’s favor, some turbulence of opinion arose among the officers who mocked the vice-admiral saying that he is the only sailor who doesn’t know how to swim, and that his vertiginous ascent is due to a personal relationship with general Raul Castro, who — after testing his trustworthiness as a partner in marathon domino tournaments, and evaluating his active participation in important hunts and risky fishing expeditions — first appointed him chief of the Department of Personal Security (DSP) of the Revolutionary Armed Forces (FAR) (which should not be confused with the group of the same name in the Ministry of the Interior), and then made him Chief of Military Counterintelligence (CIM), and later first vice minister of the Ministry of the Interior and ultimately the Minister, taking the same route as his predecessor, the deceased general Carlos Fernandez Gondin.

Can the new minister enforce the new provision?

Julio César Gandarilla is a “cadre” of Raul’s.  He lives with a certain modesty, along with his children (one a cardiologist and the other in the military) at number 44 on La Torre Street in the capital district of Nuevo Vedado, almost directly across from the building occupied for years by the Castro Espín clan.

He is not known for excesses, he is a solitary man, suspicious, slow to laugh and a good eater. It is opportune to know that when he was chief of the CIM he came on the scene because of his critical interest in reforming the methods that have created overflowing prisons in Cuba, with a total absence of social rehabilitation for the prisoners.

Personally, I don’t think he has the power to stop the repression, like many, and with great care he may be able to control the excesses committed by hundreds of repressors.

He has a great deal of experience in pursuing soldiers, comes from CIM with a doctorate in Internal Control; but the Ministry of the Interior is not the Revolutionary Armed Forces, it is one of those territories where it is not easy to impose new norms.