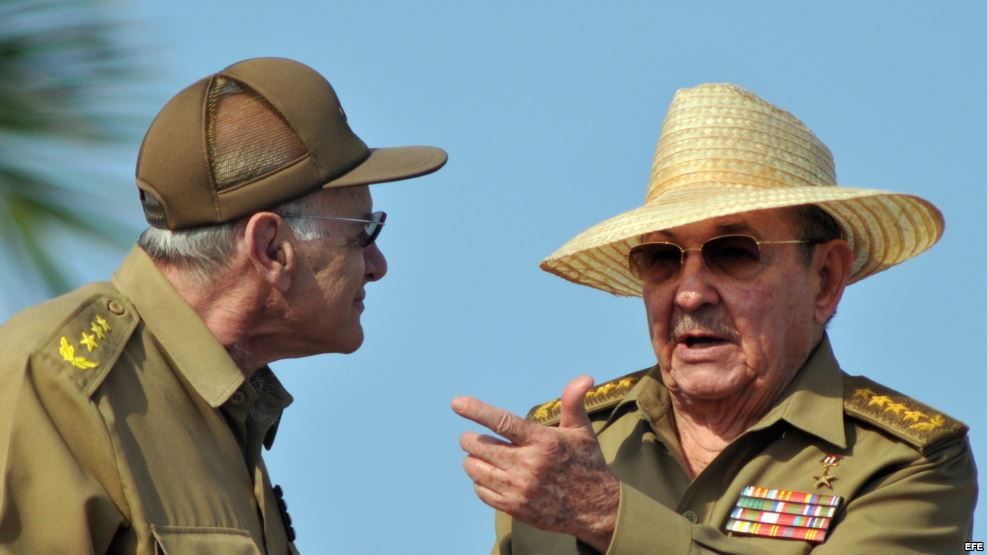 Juan Juan Almeida, 20 OCtober 2016 — Yet another son of Army Corps General and former Interior Minister Abelardo Colomé Ibarra, alias “Furry,” arrived in southern Florida and decided to say. Nothing unusual in that, if we think back.

Nineteen-year-old Antonio Colomé Hidalgo, son of Furry and Iraida, left Cuba on a flight from Santa Clara province and landed at Miami International Airport at about noon on Friday, October 14.

Antonio was not travelling alone. His final destination was Georgetown, a city in Scott County, Kentucky, where he planned to attend the annual Festival of the Horse, which was being held from October 21 to 23. But upon his arrival in Miami, the purpose of his visit took an unexpected turn: Tony decided to stay and then moved in with some relatives living in Naples, Florida.

The response from the family has been silence. But the “sudden” decision to settle in the United States does appear not to have been spontaneous. Quite the contrary. It was planned down to the smallest detail.

Citing health problems, General Colomé, resigned as member of the Council of Ministers and from his post as Minister of the Interior on October 21, 2015. His resignation was accepted and, “in recognition of his long revolutionary service, the Council of State agreed to bestow on him the Order for Service to the Fatherland in the First Degree.”

The impression left by an article on the website Cubadebate, the same publication known for ignoring and covering up, is that General Colomé was forced to resign because — along with his successor, Carlos Fernandez Gondín, and other high-ranking officials — he was deeply involved in systemic corruption, diversion of state resources, money laundering and leaking information. A widespread rumor is that, although efforts were made to conceal it, he quickly went from being the accuser to being the accused.

Antonio’s arrival now brings to three the number of Furry’s children who have moved to the United States. I am also told that one of his daughters, Gabriela, is — as the song by Cuban singer and and musician Wilfredo “Willy” Chirino goes — on route and will be arriving soon. It’s only to be expected, given all that has happened.