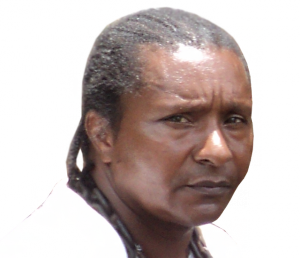 On the telephone call this morning, from prison, Ramon explained that he was confined to the punishment cell for 10 days.

“They took away the food… Forced me not to eat… The guards told me they had to wait for orders from above to give me food,” the political prisoner said.

According to him, he doesn’t accept the prison food. For three days he was deprived of the food his family brings: biscuits and powdered drinks.

Ramón Alejandro explained that when he was incommunicado in the punishment cell he was ill.

“I had a bad flu with a fever over 102. My blood pressure was 180/100 and I had a kidney infection. These papers (medical certificates) I have because, being in the cell, they had to take me to the hospital emergency room,” he said.

“I am mainly accusing the political police, and the Combinado del Este Prison authorities, led by Rogelio Osorio, Major Miguel, chief of building number 3, captain Emilio, deputy chief of the unit, and René, chief of re-education, and the chief of Internal Order, known as ’Captain Boxing’.”

Ramón Alejandro announced that he intends to send letters of complaint to the United Nations, the vice president of the U.S., the European Union embassies in Havana, so that they will know the risks run by the political prisoners run.

The measurement of confinement in the punishment cell was taken after he read, in the visiting area, in front of other prisoners, an anti-government communication.

Ramon Alejandro Muñoz González was arrested along with his wife the, Lady in White Sonia Garro. Both have been awaiting trial for a year and 8 months, accused, among other crimes, of public disorder and attempted murder.

Ramón Alejandro was demonstrating, from the roof of his house, with proclamations addressed to the government. An assault brigade violently carried out the capture of both. Sonia Garro was hit by rubber bullets and still suffers the effects in prison.

A few days ago, it was announced that there would be a trail, but then suddenly it was cancelled.