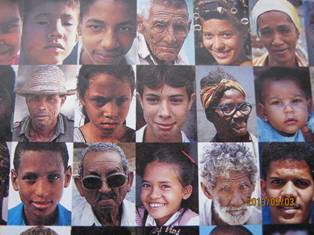 If we observe the behaviour of the Cuban economy in 2012 and the first half of 2013, what becomes clear is that, in spite of the “updating” and new “guidelines” (which amount to nothing more than a simple wish-list), there are no significant achievements to indicate that at least we are on the right path.

Neither agriculture (a real disaster), nor industry, nor construction, nor transport have shown improvement. On the contrary, they remain laggards, failing to make a collective contribution to the country or to improve the lives of its citizens.

The only successes to be reported are in what is referred to as international collaboration (the hiring out of professionals at low-cost) and tourism. Reaching a level of two million visitors a year (a ridiculous figure for any country in the region) has been billed as “a great achievement” in spite of all the many projects and all the foreign capital invested in this sector.

What is really going on? The effectiveness of the few measures taken so far has been limited by absurd restrictions and excessively slow implementation (so in that sense nothing is new). They hinder development and, worse yet, do not completely free up productive forces or allow for economic expansion in all areas.

Politics continues to be focused on the economy. Out of fear of having to pay the costs for decades of mistakes and volunteerism (which by necessity will have to be paid), the economy is being sacrificed. Bets are being placed on an uncertain, miraculous future, the discovery of oil, a change in U.S. policy, a Latin American economic union, and even effects from widening the Panama Canal and the possibilities presented by the port of Mariel. The hope is that one of these developments will get our chestnuts out of the fire.

Cuba’s economic problems, as well as its political and social problems, have been multiplied many times over. They must be resolved by all Cubans — those here and those overseas — with our resources, efforts and intelligence. As long as this participation is premised on accepting absurd and archaic political restrictions, and as long as a small group of “chosen ones” retain control of the thunder key — the only ones capable of doing anything in spite of their multiple failures – very little will be accomplished.