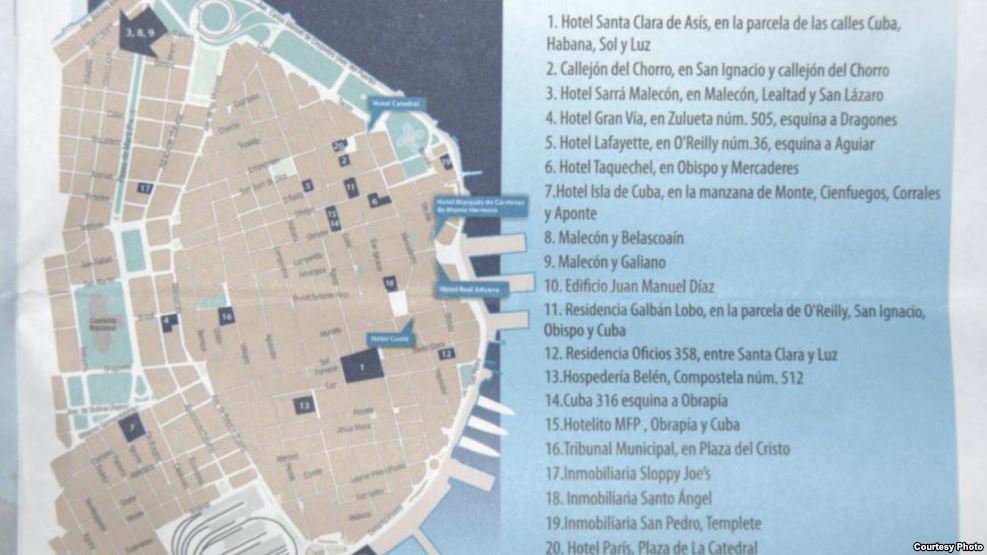 Juan Juan Almeida, 2 February 2017 — On July 30, 2016 the new military management that officially took over the Cuban tourism company Habaguanex and other business entities that had belonged to the Office of the Historian of the City of Havana is planning to satisfy its own own financial needs by doing away with social programs now operated by the People’s Council of Old Havana.

Their goal is to create 725 new hotel rooms. To do that, their plan calls for identifying buildings and plots of land which can be used for tourist lodgings by changing their current use and converting them into hotels. 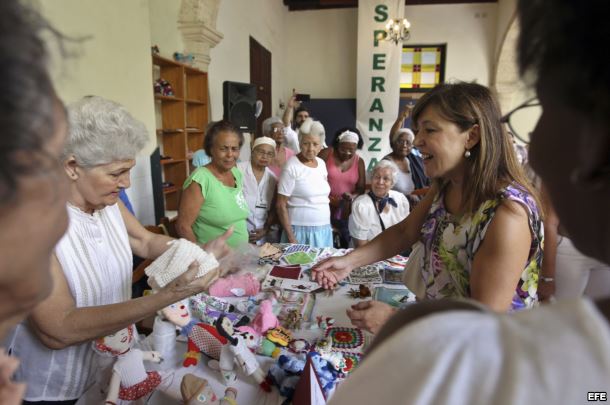 Number 13 on a list entitled “Hotel Development Strategy” is the area’s Bethlehem Convent, currently the Day Center. It appears to be one of the buildings that will soon be converted into accommodations for tourists.

It amounts to an illogical and unpopular action, one that will undoubtedly cause a dramatic drop in the resources available for social welfare projects.

The Bethlehem Convent, located at 512 Compostela Street, is an 18th century building that now serves as as a full-time residence for the elderly and an activity center facility for other seniors who spend the day there.

Its clients, who have gotten on in years, participate in physical exercise activities as well as art, computer, leather-working, theater and music classes. It is a nursing home that also houses a children’s day-care center as well as a physical therapy clinic, pharmacy and ophthalmology and optometry service.

During natural disasters such as hurricanes and floods the Bethlehem Convent also adapts its facilities to provide protection to vulnerable sectors of the population and people living in areas at greater risk. It is perhaps for this reason that this humanitarian project receives international support and cooperation, especially from Italy and Spain.

The decision to replace the management of Habanguanex with a military regiment intentionally and maliciously ignores the fact that housing represents one of Cuba’s biggest problems. It puts a “temporary” halt to the construction of protected residences, a program which houses people living in precarious conditions, while prioritizing resources and funds to complete what will be the luxurious Hotel Packard.

“The most important social programs run the risk of falling into a death spiral and ultimately disappearing. The military was waiting for the perfect moment to gobble up Habaguanex and the failing health of [the Historian of the City] Eusebio Leal gave them an opening,” says an outraged official at the Office of the Historian.

“How many social programs designed specifically for Cubans are there in Varadero or any of the other tourist developments run by Gaviota?* None. They only have hospitals for foreigners. The ’development strategy,’ which they have distributed to us in the form of a very well-illustrated brochure, is aimed at turning Old Havana into an asphalt Varadero. I understand that they develop hotels. But what will happen to the policy  of ’restoring buildings without forgetting the soul of its inhabitants,’ which we defended for years?” asks the woman, who might almost be described as a “veteran” of Eusebio Leal’s team.

*Translator’s note: Varadero is a large-scale, high-end seaside resort village catering to foreign tourists and occasionally to Cuban nationals who can afford to pay in hard currency. Gaviota is a state-owned, military-run tourism company that owns and runs a string of luxury hotels throughout the country.