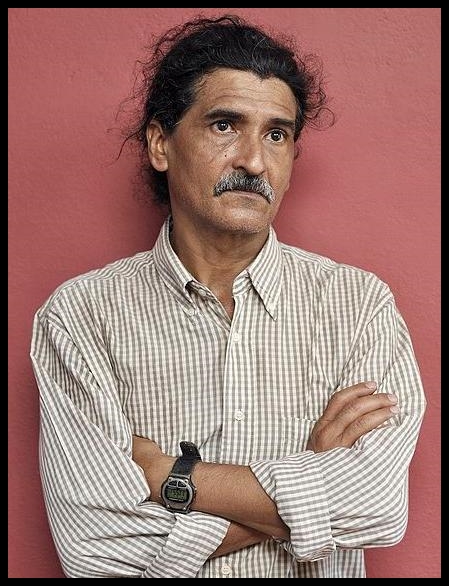 It’s very rare to find an artist belonging to the Cuban Artists and Writers Union (UNEAC) who leaves the narrow fold of the government. We all know that those who have done it will pay for their boldness at some point.

When I met the writer Ernesto Santana Zaldivar at a meeting of Estado de Sats, his solidarity made my soul happy. After the hug, I was pleased to hear that he was aware of my situation and it was his intention to help make these absurd accusations against me better known by publishing them in Cubanet. And we agreed that he had no intention to destabilize my harmony, thus damaging my creativity and — from exhaustion or the logic of survival — causing me to abandon my blog and my demands for democracy.

Ernesto Santana was aware of every story that happened in the crude process that  brought me here. his continued solidarity has proven through phone calls, opening his home to me, or arranging in some place in Havana to make known the tricks of the regime for silencing me. His solidarity also makes me happy because he is a Cuban who exposes his life in the pursuit of individual rights. It was not enough to travel abroad, win prizes, be published or receive the gifts of the powers-that-be if he could not be honest with himself.

It is a pleasure to make this journey at his wide for the freedom we need and that we are not willing to renounce, at the risk of abuse and prison, from this child nobody wanted. An honor to share him with my readers.