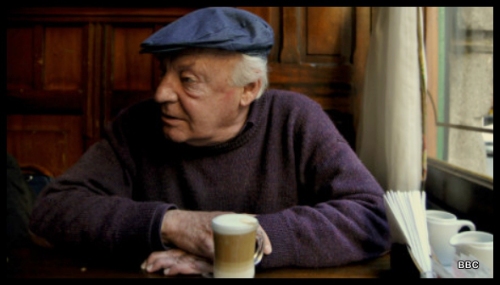 Angel Santiesteban, Border Control Prison, Havana, 13 April 2015 — I met him at the beginning of the 90s. I was introduced to him after reading one of my stories and he liked it. He signed one of his books for me which I keep with devotion. In those years I accompanied him, along with his wife Helena, on some vacations in Veradero. They told me they wanted to talk, listen to ordinary Cubans, and they wanted to share with the people of Havana and Varadero. They talked with people as if they’d known them forever.

He had a sensibility that any artist would like to possess. I remember that cartoon where a boy watches a sculpture chiseling a rough stone. Later he starts to give it form and the silhouette of a horse emerges. And then the boy, surprised and curious, has the sculptor how he knew there was a horse inside the stone.

Eduardo Galeano, who was a victim of political persecution by another dictatorship, was not spared Cuban censorship. Fidel Castro and his cultural ideologues expunged some pages from his books and didn’t accept him. I am of the opinion that Galeano never forgave them.

When he broke with Cuba and made statements against the regime, they didn’t forgive him, and the distancing was maintained until his death. Since then Galeano avoided Cuba. The same thing happened with the “Sandinista Revolution” with which he had had strong ties of solidarity, and a deep friendship with the Commander Tomas Borges.

When the Piñata* happened, and the commanders shared out the riches of the country making themselves millionaires, including the current president Daniel Ortega, Galeano, who was a transparent and honest man decided to distance himself. But only physically because recently he was one of the activists most engaged in the transoceanic canal in Nicaragua because of the ecological damage it would cause.

In one of the last interviews he gave, we watched on Telesur when the interviewer asked him, “What do you want for your country (Uruguay) once Tabaré Vázquez assumes the presidency of your country.” Galeano avoided answering, nor did he response to the next question about the politics of his country, from which I inferred he didn’t have a good relationship. Galeano reflected, or vice versa, the sensibility reflected in his books, in the actions of his life, regardless of flags or the corners of political militancy, keeping his transparency and his soul.

*Translator’s note: From Wikipedia: “In Ortega’s last days as president [in his previous term in 1990], through a series of legislative acts known as “The Piñata,” estates that had been seized by the Sandinista government (some valued at millions and even billions of US dollars) became the private property of various FSLN officials, including Ortega himself.”