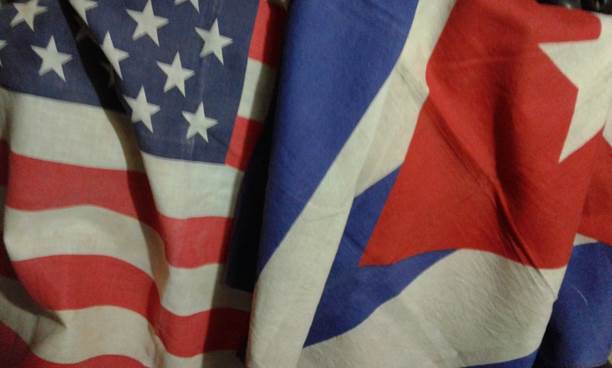 Rebeca Monzo, 6 November 2016 — Anxiety on “my planet” over elections in the United States is out of control.

Many people approach me — they know I use “the good internet” two times a week, something extraordinary here — to ask very anxiously about the presidential poll numbers on Clinton and Trump. They do this because no one with any common sense pays attention to the Cuban media, or to the Venezuelan TV network Telesur, which is more of the same.

I could be wrong but my response is always the same: Neither Trump nor Clinton will change anything in Cuba. Nor should there be any worry if Donald becomes president. No one who occupies that office can do or undo anything on a whim, as is the case here, where there is a “command and control” mindset and the legislative branch is simply a rubber stamp that approves anything the authorities propose. There is respect over there for the House and Senate, which acts as a check on those in power.

Change in Cuba will depend on actions by the Cuban government and its citizens. As long as the authorities here refuse to consider democracy as an option and continue to hide behind lies such as the economic blockade and demands for reparations or the return of the naval base at Guantanamo — aspects of a broader “fig leaf” they use to camouflage their failures — nothing will change. As long as citizens are not active participants in demands for change, nothing will happen.

Instead of spending so much time speculating about American elections, something that should only be of concern to American citizens, we should spend our time telling our friends and neighbors about facts we discovered on the internet, the better to remove the bandages that have been covering our eyes for fifty-eight years. As my grandmother Maria used to say, charity begins at home.

What we should be worrying about is how to hold our leaders accountable, not lower our heads and applaud them out of fear. Otherwise, we will go on dealing with and suffering through these all too familiar problems for which, in one way or another, all Cubans — both those here as well as those in the diaspora — are responsible.