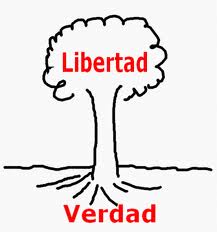 For some time here the leaders of the Cuban government have been given to talking about diversity and defending the importance of respecting this in different groups of people in our national home. It’s a positive discourse, of course, but something rather “tricky” if we take into account that it only refers to the social and cultural which in our country is always imposed with militaristic criteria from the seats of power. But perhaps it is the sowing of a seed — I tell myself — of the context for a transition towards which Cuba seems to be beginning to “crawl,” toward a society of openness in which we all can walk. I don’t want to be too innocent, but neither do I want to be too skeptical about some curtains that seem to be moving, although they still won’t let us open the window.

The Cuban government is going to integrate “in its own way” into the world and needs to legitimize itself with slow and calculated steps, into the community of democratic nations in the world, most concretely in Latin American, where it is the only one that currently has a single-party system. With its radar focused on this hemisphere — keeping in mind the recent creation of the Community of Latin American and Caribbean States, CELAC; its partial reconciliation with the Catholic Church which covers the majority of the continent and is a force for action — although with great fear of losing power; timidly instructing and ordering as Party concession the spaces and socio-economic achievements and policies we used to enjoy in society and that they took from us on violently coming into power.

After almost fifty-three years, these steps are the tacit acknowledgment that their model failed and they are preparing the society for its incorporation into the democratic world when they are no longer. However, it is illogical to talk about diversity only for a part of the social fabric. For a people subjected for decades to assimilate this concept, it should cover the entire spectrum of national life, including the political. It should legitimize political parties and respect for the human rights established by the United Nations. Diversity in everything and for everyone should be the motto, which is synonymous with pluralism and rule of law; if not it is a euphemism for the repression of progress. To offer it in a partial sense, according to the interests of the state is demagoguery, at least I think so.