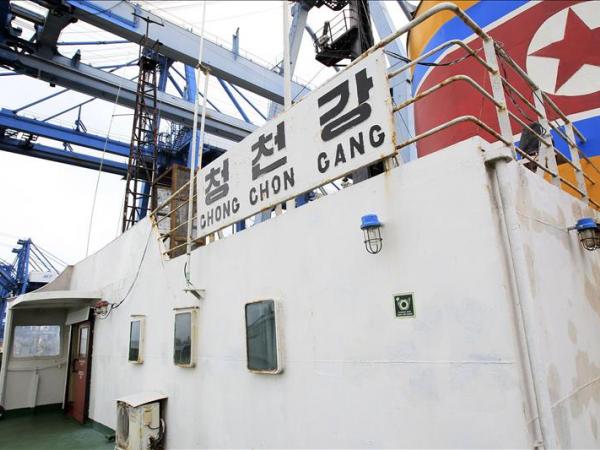 I’ve been totally disconnected for days.  When I say this, I’m referring to the inability to receive news from abroad by shortwave, and especially the lack of Internet.  Of course, the majority of the Cuban population is in this very same situation… at least I enjoy a couple of hours online on Monday and another couple on Friday, although not always.  You take what you can get!

On these days of absolute information blackout, I’ve made a tremendous effort to stay in front of the television set in order to monitor Telesur and the National News Bulletin, as well as national radio, in hopes that they’d shed some light on the dispute about the North Korean ship that was transporting “obsolete armaments” (missiles and fueled planes), which were loaded in our country and hidden crudely under sacks of sugar.  The result: absolute silence.

If I’ve been able to glean some other new information now and then, I owe it to a friend who, in exceptional conditions, enjoys a daily session of Internet connection.  He’s the one who’s kept me more or less updated on the developments of the Panama Canal with respect to the ship, its captain, and its crew, as well as President Martinelli’s announcements.  However, upon not receiving any information from my country’s media, I consider myself, like any other citizen, as having all the right in the world to speculate on this sloppy incident.

This circus-like spectacle, put on by who knows by whom, eludes any type of coherent analysis.  We are in the midst of the 21st century, where the monitoring and immediacy of information is practically uncontrollable.  How did they expect to transport that “delicate merchandise” on a North Korean vessel (a UN-sanctioned country) which, on top of that, already had a prior record of drug smuggling?  What explanation are they going to give about this fact, that won’t be like the dull press statement already issued by Cuba’s Ministry of Foreign Affairs?

Could it be that they were looking for a crude pretext to abort any intention of political rapprochement with the neighbor to the north, in order to cover up the inabilities of the Cuban regime, as well as the lack of any true will to effect real and profound changes in domestic policy?

They should take care, because the harvest has been very poor and there’s not enough sugar to keep covering up such sloppy work.