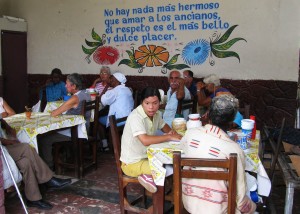 Havana, Cuba, November, www.cubanet.org – The Cuban Constitution, in Article 48 says: “The State protects through social assistance the elderly without resources and any other person unfit for work who lacks family members in a condition to lend them help.” In Law 105 of Social Security and Regulation 283 the requisites are established for fulfilling the mentioned article.

But in spite of the government propaganda about the important resources that it invests in social assistance, for old people it is very difficult to achieve this protection because of the series of obstacles that are imposed on them.

Tomasa is one of these old people.  She says she never worked for the government: she used to sew for the street and now arthritis prohibits her from doing so.  She made efforts to get the aid, but as she has a son, they refused it for her. 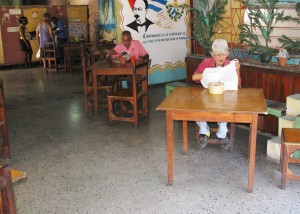 “I live alone,” she says, “because although my son is listed in the Address Register and in the ration book (I do not want him to lose the little room when I die); he is married, has two children and lives with the woman. His salary is not enough for them.  What conditions does he have to help me?  And in spite of that, he gives me money to pay for the refrigerator and to get my quota on the ration book.”

In Cuba there are 2,045,000 old people, who represent 18.3% of the population according to figures from the most recent census carried out in 2012 and published in the newspaper Granma on November 8, 2013.  As a strategy to confront the aging population, 17 years ago the System of Attention to the Family (SAF) was created, consisting of dining rooms to sell cheap food to the elderly who receive a pension of 200 Cuban pesos or less (around $8 US). 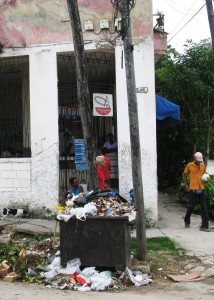 In all these years, the SAFs have not increased. Very few exist in each township. Some have closed because of the danger of collapse, and in almost all the rest the building conditions are bad. The kitchens are improvised and the lack of sanitation is alarming.

It is depressing to pass through one of these places and see the elderly standing in line while they wait to be served in their containers the badly prepared food that they then improve in their homes.

But still knowing all these difficulties, the elderly fight to be enrolled.  Rebeca is one of these. She used to receive help from her sister abroad, but the sister died, and Rebeca is not economically solvent.  She complains that the requirements for social assistance are many.

In the year 2010 with the policy of suppressing freebies, many old people who used to receive social assistance were excluded. Linet is 73 years old. She used to live with an older sister who had a son with mental retardation. On her death, the young man was awarded her pension. Linet, who had worked almost always as a domestic, then sought social assistance, and they awarded it to her. 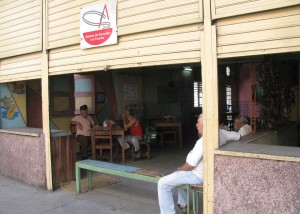 Nevertheless, in 2010, her assistance was withdrawn. As much as she has written to all the authorities, they have not restored it to her because a pensioner lives in her house — the nephew — who supposedly is obliged to support her.

The part about the relatives “who have conditions” having to help the elderly without resources, is supremely debatable, if one takes into account that in Cuba they are quite few (if there are any) the people who are self-sufficient on their salaries alone. The responsibility for apportioning a decent existence through social assistance falls to the State.