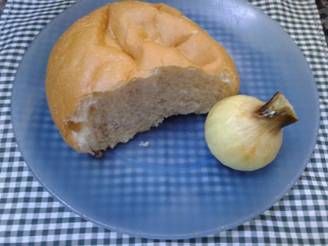 Among the films presented at the Festival of New Latin American Cinema, which began here on the December 4, is one entitled With You, Bread and Onions. In a recent interview on the television program Afternoon at Home, the director Juan Carlos Cremata commented that he had decided not to submit his film for judging because he does not believe in competitions like this. Nor does he believe there are good films and bad films, nor good and bad actors and directors.

If he does not believe in prizes or in what they represent, then why is he making movies? Why did he accept the “crappy housing” he was given in Nuevo Vedado which, according to “wagging tongues,” was a reward for his film Chamaco? I swear I almost had to be tied to my seat just to get through that dark, sordid tale. At least it was not a theater seat; fortunately I made the sacrifice at home, watching it from my armchair on a rented DVD.

With You, Bread and Onions, which I have not yet seen, is based on a play by Hector Quintero, though I doubt much can be expected of this film. The title recalls an old Cuban expression which gained popularity at a time when onions and bread cost only a few cents. It referred to a romance taking place in extreme poverty.

Saying this today would connote something extremely expensive, what with a pound of bread costing 10 CUP (Cuban pesos) and a half an onion at least 70 CUP, much more than the daily wage of the average worker.

So the meaning of the phrase has changed a lot, as have the social values lost during these last 54 years of survival.