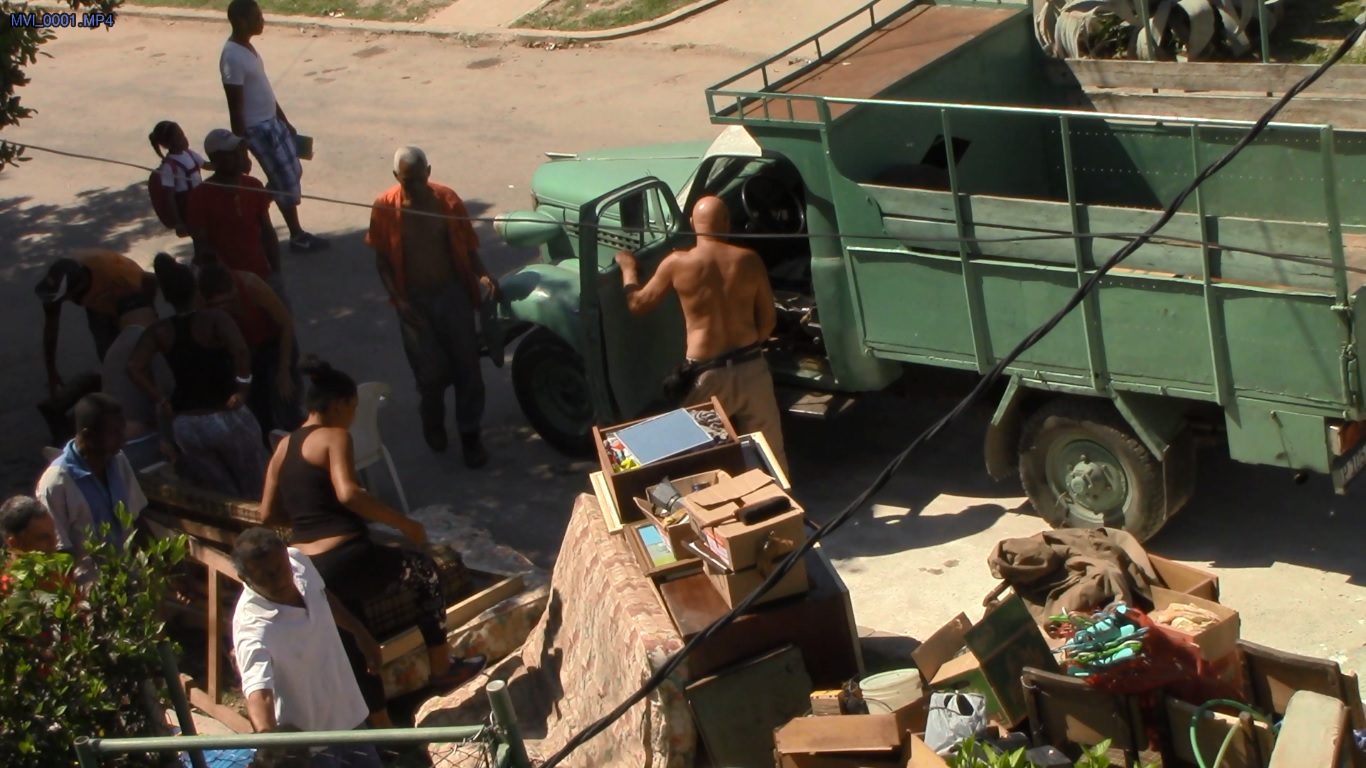 An acquaintance of mine traded his one-and-a-half-room apartment for an even smaller one and a little cash, to ease his alcoholism and misery. I never entered his house and so I was unaware of his poverty. His furniture looked like shabby junk, which was probably — as in most Cuban houses — bought before the triumph of this guerrilla model that installed itself in power in 1959 and has been there ever since.

An oily film covers the surface of the dresser that was perhaps once covered in formica, the dilapidated cabinet narrates a history of old age and over use, as do his mattress and the remains of his sofa and Russian washing machine–from which he had to amputate the dryer–which are as revealing as the speeches of the Cuba’s leaders, their words blurred by neglect and demagoguery.

During the move, he took out a yellowed nylon bag with a ton of black-and-white photos to show his companions how beautiful the apartment had been when his father moved in 1958. Then the furniture seemed alive and the walls still wore an attractive and aesthetic coat of paint. Monochromatic sentiments showing the nostalgia on his face, pummeled by frustration and liquor.

His drinking buddies helped him carry out his things and let them in the sun for an hour waiting for transport. They were a dozen addicts invited to show “solidarity” and encouraged by rum, which served as fuel to maintain their enthusiasm. A truck from the thirties carried a part of the “skimpy” patrimony to the “new house,” which was clearly built before the Castro government and which sheltered, as in many other homes in Cuba, the ethyl-alcohol scandals of that part of society that drowns its disappointments and miseries with a cheap sulfuric homemade rum which is all they can afford.

The alcohol solidarity brigade turned themselves over to the care of the liquid treasure left int he bottle. The emptying of this was the shot that ripped through their own hardships accumulated over decades of governmental injustices, apathy, anti-democratic subjugation and social exhaustion. The delirium tremens, or tremendous delirium of trying to trick societies all the time with drunken ideological and economic theories, has failed worldwide.

Perhaps, in the quiet of their homes, before the bottle gives them the knockout blow, they pull from their personal yellowed plastic bags of history, photos that bear witness to that fact that once–before addiction had them tied by the neck–these were their houses and this was their country, before this evil government drove it to ruin.